Concerns about the future of higher education also exist within academia. College and university trustees and board members -- many of whom are intimately familiar with higher ed's services, operations and impact -- remain concerned about the industry's future, despite being more confident in their own institution's future. The AGB 2018 Trustee Index, a recent study conducted by the Association of Governing Boards and Gallup, finds that three in four trustees (74%) are concerned or very concerned about the future of higher education in the U.S. Their concerns remain focused largely on one main challenge: affordability.

Affordability concerns are just one of the variables negatively affecting enrollment. The National Center for Education Statistics estimates that, after accounting for inflation, the combined cost of tuition, fees, and room and board increased by 28% between 2005-06 and 2015-16. In the U.S., enrollment across all higher education sectors declined by 1.4% in 2018, consistent with recent trends, and Moody's predicts that an increasing number of private colleges and universities will close on an annual basis in the near term.

Many colleges, universities and even states are attempting to address affordability concerns and related enrollment decreases by freezing or reducing tuition costs. For the seventh year in a row, Purdue University has frozen its tuition rates. Western Governors University has bucked the enrollment trend in higher education for a variety of reasons, including because of its commitment to keep costs contained. In the past five years, WGU has increased the cost of annual tuition by only $600, while total enrollment has more than doubled, to over 100,000 students.

Improved affordability must be combined with demonstrated quality if higher ed institutions want to increase their enrollment and remain relevant. Since 2014, Gallup has interviewed more than 75,000 college graduates with a bachelor's degree or higher via the Strada-Gallup Alumni Survey. In its 2015 report, Gallup demonstrated a clear relationship between student debt levels and graduates' perceptions that their degree was worth the cost. Graduates with more student loan debt were less likely than other graduates to believe their degree was worth the cost.

However, and fortunately for higher education, a high-quality experience in school blunted the negative effect of student debt on graduates' beliefs that their undergraduate experience was worthwhile, proving that the significant investment can be worth it for some grads. The AGB 2018 Trustee Index also shows that trustees have been asked to make changes to the academic programs offered at their institution to better respond to 21st-century needs. Half of trustees say senior administrators have asked them to increase or introduce STEM programs, and about one-third say they have been asked to increase or introduce applied or experiential learning programs.

The American public still believes that higher education is a pathway to a better job and a better life. It's now up to institutions to eliminate existing barriers that families and individuals face in deciding whether to invest in higher education.

Stephanie Marken is Executive Director of Education Research at Gallup.

A recent study of U.S. college students affirms six key collegiate experiences that affect student confidence about their readiness to succeed at work.

Students at smaller universities are more likely than those at larger institutions to strongly agree that their professors care about them as people.

Among current U.S. undergraduates, arts and humanities majors are significantly more likely than others to have had several key collegiate experiences that predict positive life outcomes. 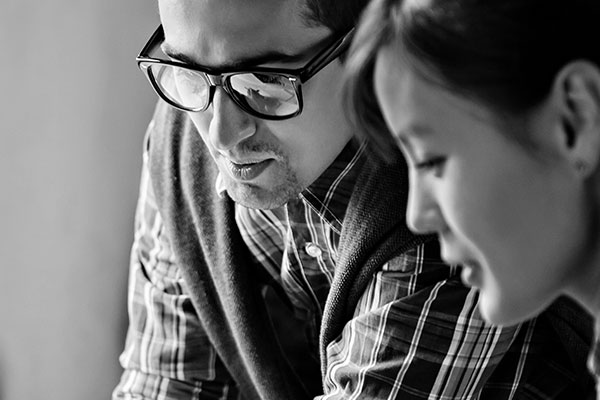 Forging Pathways to Purposeful Work: The Role of Higher Education

80% of college graduates affirm the importance of finding purpose in their work, yet less than half succeed in finding it.