WASHINGTON, D.C. -- For the first time in Gallup's measurement over the past decade, Democrats have a more positive image of socialism than they do of capitalism. Attitudes toward socialism among Democrats have not changed materially since 2010, with 57% today having a positive view. The major change among Democrats has been a less upbeat attitude toward capitalism, dropping to 47% positive this year -- lower than in any of the three previous measures. Republicans remain much more positive about capitalism than about socialism, with little sustained change in their views of either since 2010.

These results are from Gallup interviewing conducted July 30-Aug. 5. Views of socialism among Democrats and Democratic-leaning independents are particularly important in the current political environment because many observers have claimed the Democratic Party is turning in more of a socialist direction.

Socialist Bernie Sanders competitively challenged Hillary Clinton for the Democratic presidential nomination in 2016, and more recently, Alexandria Ocasio-Cortez, a candidate with similar policy views and a member of the Democratic Socialists of America, won the Democratic nomination in New York's 14th Congressional District. Several candidates with socialist leanings lost their primary bids in Aug. 7 voting, however, raising doubts about the depth of Democrats' embrace of socialism.

The current survey is the fourth time Gallup has measured Americans' overall views of capitalism and socialism in this format. The question wording does not define "socialism" or "capitalism" but simply asks respondents whether their opinion of each is positive or negative.

Fewer Than Half of Young Americans View Capitalism Positively

Americans aged 18 to 29 are as positive about socialism (51%) as they are about capitalism (45%). This represents a 12-point decline in young adults' positive views of capitalism in just the past two years and a marked shift since 2010, when 68% viewed it positively. Meanwhile, young people's views of socialism have fluctuated somewhat from year to year, but the 51% with a positive view today is the same as in 2010.

Older Americans have been consistently more positive about capitalism than socialism. For those 50 and older, twice as many currently have a positive view of capitalism as of socialism.

Taken as a Whole, Americans More Positive About Capitalism

A majority of Americans have retained a positive view of capitalism over the past eight years, but this year's 56% positive rating is by four points the lowest recorded since 2010. This modest drop in positive attitudes toward capitalism was driven, as reviewed above, by the less positive attitudes among Democrats.

Despite the increasing prominence of socialism in the public discourse in recent years, little has changed in Americans' attitudes toward the concept at the national level. Americans' positive views of socialism have varied only between 35% and 39%, with this year's reading of 37% right at the trend average.

As in the past, Americans are most positive about small business, entrepreneurs and free enterprise, and less so about big business. Views of the federal government are, along with views of socialism, the least positive of any of the seven concepts measured.

As might be expected, Republicans are significantly more positive than Democrats about free enterprise and big business, consistent with their more positive views of capitalism. There are smaller differences in partisan views of small business and entrepreneurs (both groups are quite positive toward these) as well as the federal government (with well less than half of both groups holding positive views).

A majority of Democrats have viewed socialism positively each time Gallup has measured the concept since 2010, and -- despite the increased visibility given to the concept this year -- those views have not changed substantively. But the drop in Democrats' positive views of capitalism this year has for the first time left Democrats more positive about socialism as a concept than about capitalism.

It's possible that the drop in Democrats' positive views of capitalism is related to Donald Trump's presidency. Trump is an enthusiastic capitalist, and his administration's efforts to roll back regulations on business and industry, as well as the tax cut law that is advantageous to businesses and corporations, may have caused Democrats to view the entire capitalist enterprise with less positive eyes.

The talk about the Democratic Party moving more toward socialist policies in its platforms in this year's midterm elections was muted with the failure of several socialist candidates to capture their party's nomination in recent primary voting. And, although a majority -- even if not an overwhelming one -- of Democrats nationwide react positively to the word "socialism," the strong antipathy toward socialism among Republicans and Republican-leaning independents suggests a political campaign favorable to socialism would not play well in a general election.

Socialism as a concept is open to many interpretations. Gallup was describing socialism in questions asked in the 1940s in terms of government ownership of businesses -- something that Sanders, Ocasio-Cortez and most other left-leaning Democratic candidates have not advocated. Instead, socialism today seems to embody sets of programs by which the government helps regulate and in some instances run and pay for social programs focused on basic population needs in health, education, housing and employment.

Socialism clearly sounds better as a concept to young people than to those who are older, as it has over the past eight years. Evidence for this is found in the strong support younger voters gave Bernie Sanders during his 2016 presidential campaign (despite his septuagenarian status) and in the candidacy of Ocasio-Cortez (who is herself 28 years old). Whether the appeal of socialism to young adults is a standard function of idealism at that age that dissipates as one grows older, or will turn out to be a more permanent part of the political beliefs held by the cohort of millennials who have come of age over the past decade, remains to be seen. 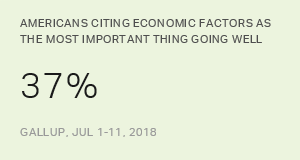 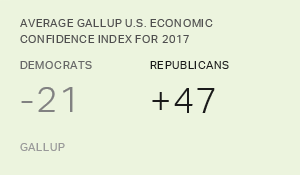