On Aug. 2, 1990, elite Republican Guard units led Iraq's invasion and annexation of neighboring Kuwait, an oil-rich kingdom with few troops and a population just one-tenth that of Iraq. The pretext for the invasion, announced by Saddam Hussein, was that Kuwait had been exploiting oil deposits in an oil field close to the border, to which Iraq claimed rights.

During the invasion and nearly six months of ensuing occupation, Iraqis destroyed and looted much of Kuwait's infrastructure; before retreating, they set fire to many of the country's oil fields. But when a U.N.-sanctioned force drove the Iraqis from Kuwait in February 1991, the Iraqis paid a terrible price. The U.S. government estimates that as many as 100,000 Iraqi soldiers died over the course of the campaign, dubbed Operations Desert Shield and Desert Storm.

Iraq's losses in the Gulf War pale, however, in comparison to the casualties the country suffered between 1980 and 1988, during its war with Iran. As in 1991, the conflict began with a massive invasion of Iran by Hussein's forces. The strike sought to eliminate a challenge to Iraq's regional supremacy from its Shiite neighbor (whose recent revolution had produced a highly conservative, theocratic Islamic republic under Ayatollah Khomeini), and to seize the valuable Shatt al Arab waterway. An estimated 375,000 Iraqi soldiers -- nearly a tenth of the country's entire adult male population -- were killed over the course of the eight-year conflict. This bloody war of attrition ended in stalemate: neither regime was toppled, and the countries' common border remained unchanged.

Public Sentiment on Iraq's Invasion of Kuwait -- Then and Now

When Iraq launched its invasion of Kuwait, the move appeared to be broadly popular with the Iraqi public -- though images of supportive demonstrations were all but inevitable in a regime in which disloyalty was punishable by death. Internally, Hussein's regime portrayed the invasion as a righting of past wrongs, asserting that the neighboring Gulf state's territory, no less than its oil reserves, belonged rightfully to Iraq.

Thirteen years later, how do Iraqis view their country's invasion of Kuwait?

Gallup's Poll of Baghdad asked Baghdadis the degree to which they think Iraq's 1990 invasion of Kuwait was morally justified. An extraordinarily high proportion -- 93% -- said they feel the invasion was either completely (82%) or mostly (11%) unjustified, while only about 1 Baghdadi in 20 (5%) took a contrary view (3% said the war was mostly justified, 2% said it was completely justified).

This near-blanket condemnation of Iraq's 1990 invasion of Kuwait is especially striking in light of the fact that 78% of the adult men interviewed told Gallup they are veterans of military service. Furthermore, men (93%) were statistically no less likely than women (94%) to say that Iraq's invasion of Kuwait was morally unjustifiable.

Gallup also asked Baghdad residents to describe, in their own words, their "greatest fears about the future of Iraq." The most frequent response -- given by nearly half (49%) of those interviewed -- was concern that war will again be inflamed with a neighboring country such as Iran or Kuwait. This fear outweighs all the other concerns for the future that Baghdad residents volunteered, such as the possibility of having a dependent (non-sovereign) government (34%), sectarian unrest and feuding (20%), or giving Jews, Israel, or Israeli intelligence (Mossad) opportunities to enter the country (18%).

Other fears voiced by at least 1 in 10 respondents include the possible loss of freedom (15%) and outbreaks of disease or epidemics (14%). Slightly smaller percentages voiced fears about anarchy, crime, and lawlessness (9%), that U.S. military forces will remain in Iraq indefinitely (9%), or that adequate food supplies (7%) or job opportunities (7%) will not be available in the future. 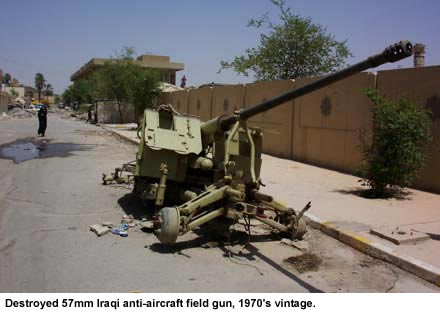 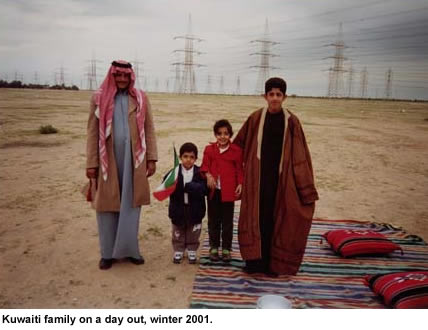 Gallup Poll of Baghdad: Execution as a Weapon of Mass Destruction

Gallup asked a scientifically representative sample of the city's 6.39 million residents whether any member of their household had been executed under the previous regime. An astonishing 6.6% said yes.

As part of Gallup's landmark survey of Baghdad residents, respondents were asked a variety of questions about hardships and challenges faced both before and after the invasion. Among them: What was daily life like in Iraq's capital city now, and how did that compare to the situation immediately after the invasion -- and how did this contrast with life during the months prior to the invasion?

How, in the face of the daunting obstacles woven into the fabric of their everyday lives, do Baghdadis view their economy and its future prospects? Gallup's survey of Baghdad's citizens, conducted in August and September, reveals a remarkable sense of positive momentum and an almost heroic hope for the future.