Americans' Thought, Enthusiasm About Midterms Down From 2018

Americans are giving the elections less thought and are less enthusiastic about voting than in 2018, a year of unprecedented voter turnout.

Approval of Congress is trending upward and is now at its highest point in 2022, due primarily to improved ratings from Democrats.

A slim majority of U.S. registered voters say their representative in Congress deserves reelection, and 21% say most members do. Both figures are near the lows Gallup has measured in past midterm election years. 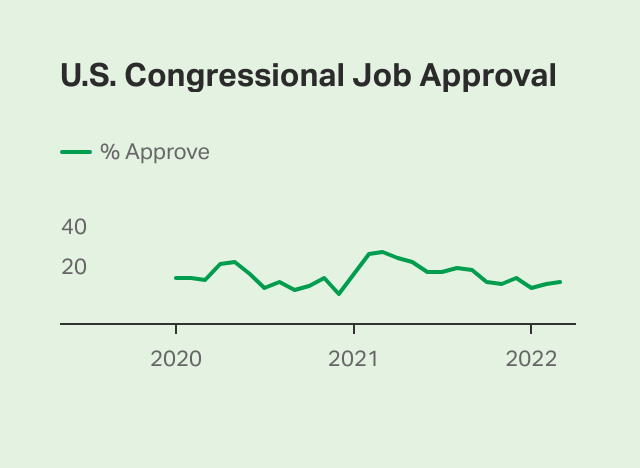 U.S. public approval of the job Congress is doing remains scarce, with 21% approving in March.