skip to main content
In Depth: Topics A to Z
Most Important Problem 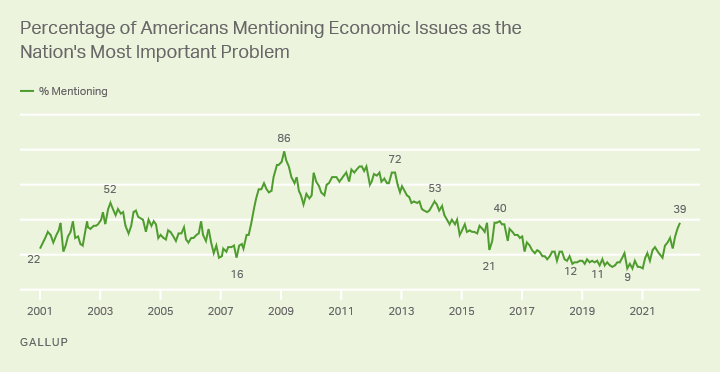 Trends A to Z
Report

Americans' Financial Worries Tick Up in Past Year

Americans are worrying more than they did a year ago about paying their bills and maintaining their standard of living, among increases in financial worries. Low-income adults are affected far more than others.

Americans' confidence in the economy remains negative, and mentions of inflation as the top problem are holding at their highest point since 1984.