PRINCETON, NJ -- July 2nd marks the 30th anniversary of the landmark Supreme Court decision Gregg v. Georgia, which effectively reinstated the death penalty in the United States. Four years earlier, the 1972 Furman v. Georgia decision struck down most state statutes on the death penalty, formalizing what had been a practical moratorium on executions in the country since 1968. A review of historical Gallup poll data shows that those developments had a noticeable impact on Americans' support for the death penalty. Today, roughly two in three Americans say they favor the death penalty for convicted murderers.

Basic Support for the Death Penalty

During that time, the Furman v. Georgia (1972) decision held that sentencing in death sentences could be "cruel and unusual" if they were found to be arbitrary, too severe for the crime, or not more effective than a less severe penalty. However, the ruling stopped short of declaring the death penalty unconstitutional; rather, it voided existing death penalty statutes if they could lead to arbitrary sentencing.

In response to the Furman decision, many states crafted new death penalty laws which included sentencing guidelines and other reforms. In 1976, the new Georgia law was put to the test in the Supreme Court in the Gregg case. The Court ruled that the death penalty was in fact constitutional under the Eighth Amendment.

As the use of the death penalty increased in the 1980s, public support for it grew, pushing past 70% in 1985 and reaching a high of 80% support in 1994. Support has declined since then, and has remained at about the two-thirds level for the better part of this decade.

Americans and the Death Penalty Controversy

Gallup has found, through the use of open-ended questions, that most death penalty supporters do so because of the notion that it provides revenge or equal justice. These emotional, or perhaps philosophical, considerations are more often given as reasons for supporting the death penalty than practical ones such as saving taxpayer money or preventing additional crime.

Why do you favor the death penalty for persons convicted of murder? [Open-ended; mulitple responses allowed]

On the other hand, opponents generally believe it is wrong to take any life. A substantial and growing percentage of opponents express concerns about executing innocent people.

Why do you oppose the death penalty for persons convicted of murder? [Open-ended; multiple responses allowed]

These results are based on telephone interviews with randomly selected national samples of approximately 1,000 adults, aged 18 and older. For results based on these samples, one can say with 95% confidence that the maximum error attributable to sampling and other random effects is ±3 percentage points. In addition to sampling error, question wording and practical difficulties in conducting surveys can introduce error or bias into the findings of public opinion polls.

Are you in favor of the death penalty for a person convicted of murder?

If you could choose between the following two approaches, which do you think is the better penalty for murder -- [ROTATED: the death penalty (or) life imprisonment, with absolutely no possibility of parole]?

Generally speaking, do you believe the death penalty is applied fairly or unfairly in this country today?

How often do you think that a person has been executed under the death penalty who was, in fact, innocent of the crime he or she was charged with -- do you think this has happened in the past five years, or not?

Do you feel that the death penalty acts as a deterrent to the commitment of murder, that it lowers the murder rate, or not?

While the state of Maryland is embroiled in a debate over repealing its death penalty statute, Americans as a whole support the death penalty for someone convicted of murder, at the rate of 64%. Only 30% oppose it, and even fewer -- 21% -- say it’s imposed “too often.” 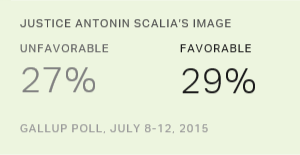