skip to main content
In Depth: Topics A to Z
Party Images 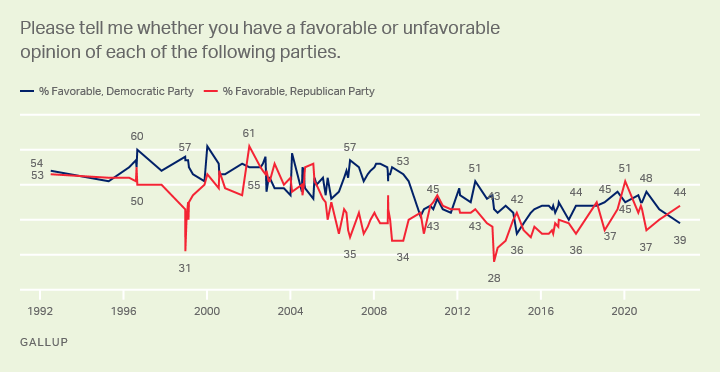 Public Interest in Having a Third Major Party Dips to 56%

After peaking at 62% in early 2021, Americans' desire to see a third major party emerge in the country has dropped to 56%, which is about average for this trend.