Baby boomers are often portrayed in the popular press as a monolithic group of individuals who behave in roughly the same ways and possess the same attitudes. But do these observations hold for all boomers? Or are they emblematic of just some?

Recent Gallup analysis of boomers' personal spending patterns suggests that these patterns vary more than stereotypes suggest. These differences matter most to marketers who hope that boomers are finally re-opening their wallets after the global financial crisis and will spend some of their discretionary income with their companies.

The global financial crisis hit baby boomers particularly hard. According to Gallup Daily tracking research, self-reported daily spending among Americans aged 50 to 64 years old (roughly the ages of the baby boomer cohort) reached a low of $55 in March 2009. About one year earlier (February 2008), daily spending in this group had been at $114. By last December, this cohort's daily spending had rebounded to a five-year high of $105 per day. Nonetheless, the trend suggests that the daily spending among boomers has been increasing since bottoming out in 2009. But exactly what are they spending more on? Gallup's analysis suggests that there are substantial differences in the fiscal experiences of different segments of baby boomers. Leading-edge boomers (aged 59 to 68) may no longer be burdened with some significant financial responsibilities, such as college tuition, mortgages, children's expenses and investments, while trailing-edge boomers (aged 50 to 58) still are. As a result, leading-edge boomers report spending more in the past year in all categories except investments, particularly in the discretionary spending categories of travel, consumer electronics and leisure activities.

The takeaway for marketers here is pretty clear, and it should come as welcome news to many: Leading-edge boomers appear to have greater latitude in their spending -- and are applying it to things they would prefer to do rather than things they have to do. For companies hoping to market to baby boomers, now is the time to begin to think of these two very different cohorts as distinct groups, with very different needs and responsibilities, and market to them accordingly. Older boomers, free of family financial obligations and focusing on new possibilities, will likely respond in ways that younger boomers won't -- or simply can't for now. 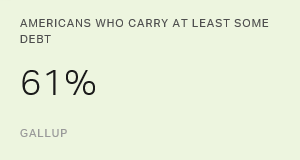