Students who strongly agree that their school is committed to building students' strengths and that they have a teacher who makes them excited about the future are almost 30 times as likely to be engaged learners as their peers who strongly disagree with both statements.* However, less than half of students strongly agree that they get to do what they do best every day, and nearly seven in 10 K-12 teachers are not engaged in their work. 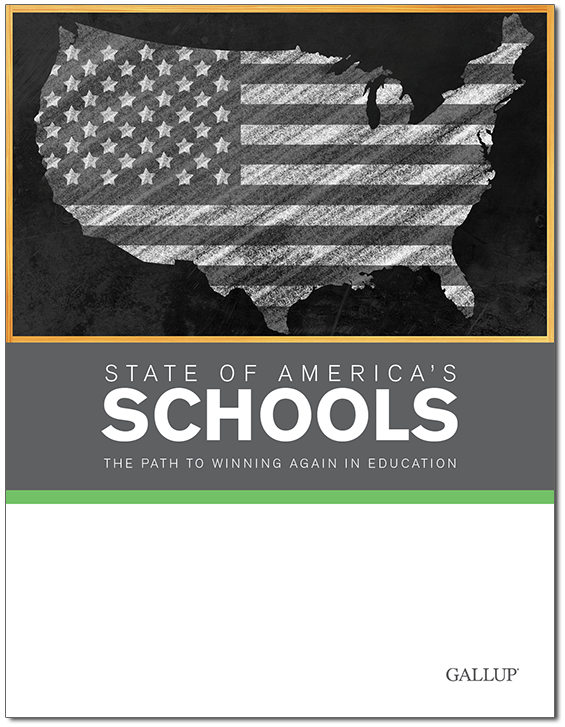 These insights are from the State of America's Schools: The Path to Winning Again in Education report, which Gallup released this week. This new report cites data from numerous surveys, including the largest annual survey of fifth- to 12th-graders in the U.S. and Gallup's decades-long study of exceptional teachers and principals. It also provides educational leaders with advice on what they can do to improve engagement and student achievement in their schools. Here are some key findings and insights from this must-read report for educational leaders:

For more advice to help teachers, students, and schools succeed, read the State of America's Schools report or learn more about Gallup's services for higher education.
Follow @GallupEDU on Twitter and join the conversation: #RedesignEDU
*2013 Gallup Student Poll. The annual Gallup Student Poll is offered at no cost to public schools and districts in the United States. The online poll is completed among a convenience sample of schools and districts each fall. Schools participating in the annual Gallup Student Poll are not randomly selected and are neither charged nor given any incentives beyond receipt of school-specific data. Participation rates vary by school.