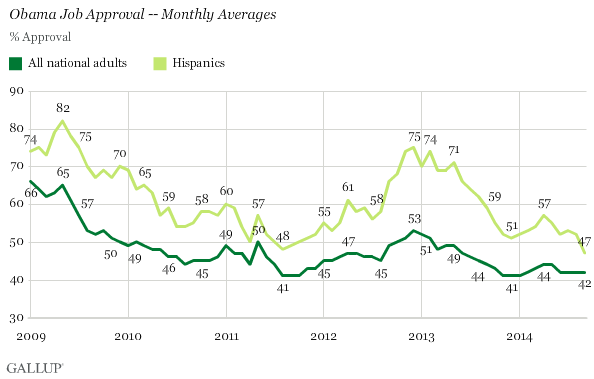 The five-point differential between monthly Hispanic approval and overall approval is the lowest such gap since Obama took office. As I noted in this analysis, that gap had risen to as high as 23 percentage points in late 2012 and early 2013. The gap was also small in the summer of 2011, reaching six points at times. But the five-point gap in September is by one point the lowest to date. 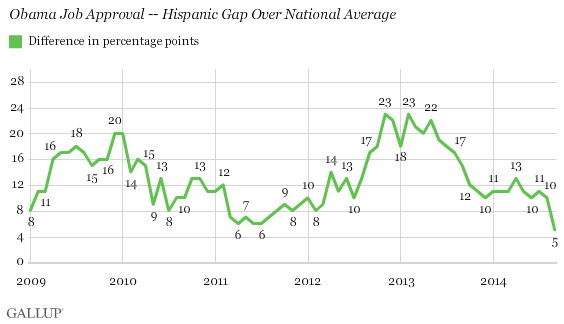 The most likely cause of this deterioration in Hispanic support for Obama is the delay on dealing with immigration, as this Washington Post report suggests. Hispanics, it's worth remembering, are more likely than other Americans to say immigration is the top problem facing the country.

One final note. My discussion here pointed out that the president had not been suffering on a relative basis among women, despite some claims to the contrary. For September, the data show that Obama's gap among women is about two points higher than the national average, which is slightly, but not substantially, lower than the average for his administration. In short, there are no signs that Obama's traditional gender gap in approval is diminishing to a significant degree -- at least through September.