The pandemic's long-term impact on the education of American schoolchildren is, by definition, not going to be known for many years. In the short term, however, recent headlines have suggested the impact has been quite negative. News reports have highlighted the results of the National Assessment of Educational Progress (NAEP) tests, which showed that nine-year-olds' average scores declined five points in reading and seven points in math from 2020 to 2022.

The New York Times concluded that "The pandemic erased two decades of progress in math and reading." The Washington Post editorial board asked, "Now the question confronting the nation's schools is what to do about it." A Wall Street Journal editorial noted that "National test results reveal the damage from school closures."

One might expect that parents of school-aged children would have become much less satisfied with their own children's education over the past two years. Many parents were affected by the discombobulation caused by school closures and the need to make alternative arrangements for kids' learning. And now, there is evidence that nine-year-olds lost ground on reading and math.

But surprisingly, parents appear to be just as satisfied with the quality of their kids' educations now as they were before the pandemic.

As my colleague Lydia Saad reported in her recent analysis of Gallup's August 2022 Work and Education survey, "Parents of children attending kindergarten through grade 12 remain largely content with their oldest child's education. The 80% who are completely or somewhat satisfied is slightly improved from the 73% measured a year ago and exceeds the average of 76% that Gallup has recorded since 2001." (The exact question wording Gallup tracks is as follows: "How satisfied are you with the quality of education your oldest child is receiving?")

In short, despite all the disruptions of the past two years, there is no sign of a pandemic-era drop-off in parents' positive views of their children's schooling.

Parents Not Yet Aware of Academic Trends?

Why are parents seemingly not fazed by the impact of the pandemic on their kids' education?

It is possible that parents are not yet cognizant of the pandemic's effect on their children's quality of education. The only NAEP scores released to date are for nine-year-olds, and those came out after the Gallup update was conducted. Until now, parents may have had no quantifiable basis for assessing what their kids did or did not learn during the pandemic. As more evidence becomes available, parents' perceptions could change.

It's possible that the factors compelling parents to be positive about their local school are so strong that they persist despite the short-term perturbations of the pandemic. There is an element of cognitive dissonance reduction here. Parents want to be positive about their children's quality of education (as they have been over the years) and therefore may be less likely to want to admit that the pandemic caused a change in those perceptions.

Along these lines, parents' continuing satisfaction with the quality of their child's education could reflect an endorsement of the efforts their child's school put forth in dealing with the pandemic -- even if learning suffered during that period.

Political Pressures to Be Positive

The contentious ways in which political battle lines have been drawn over schools' pandemic responses could be indirectly related to parents' continuing satisfaction with the quality of education their child receives.

We know that Americans' views of education at the national level are significantly related to partisanship. There is a major difference in the views of U.S. education in general between Democrats and Republicans, with Democrats on the more satisfied end. There are also major partisan differences when it comes to confidence in public schools.

Editorialists and partisans have predictably reflected the same partisanship -- blaming the other side for not handling the pandemic correctly. A Wall Street Journal editorial blames the head of the national teachers' union, the Biden administration's secretary of education blames the Trump administration, and Republican politicians blame Democrats.

In sum, virtual Zoom education or not, parents' continuing positive views of the quality of education their child is receiving may reflect approval of their local schools' decision-making, particularly in contrast to what other schools in other areas and states were doing.

Parents may also be making a judgment about their child's education based on big-picture, long-range factors that overshadow the short-term impact of the pandemic. Data from Gallup's August survey, for example, suggest that Americans in general, and parents particularly, may not be thinking about the pandemic when they think about educational quality.

Americans who said they were dissatisfied with the quality of education students receive in the U.S. today were asked in Gallup's August survey to explain why, in their own words. An interesting finding from an analysis of the resulting data is how infrequently they mention the pandemic. Only 2% of all respondents mentioned the negative impact of COVID or school closures as the reason for their dissatisfaction with education in the U.S. Americans instead listed a wide variety of factors that are independent of the pandemic and that predate the pandemic -- problems with school curriculum and educational approach, the lack of resources for schools, the political agenda being taught in schools, and school climate.

Although the sample size is too small to provide precise estimates, I looked at the responses of school parents. The results show that parents appear no more likely than nonparents to mention the pandemic in response to this general question about U.S. schools.

This provides indirect support for the hypothesis that parents may be thinking of long-term, basic school-related issues when asked about the quality of education their child receives, issues not affected by the short-term impact of the pandemic.

According to ongoing Gallup tracking, the views of parents of schoolchildren about the quality of education their children are receiving do not appear to indicate that the pandemic caused major harm. Parents remain solidly positive about their kid's quality of education -- as they have been for over 20 years.

This finding can remind journalists, commentators, politicians and pundits of the need to take into account the views of the actual people involved when reaching conclusions about the key issues of the day -- including what's happening in the nation's educational system.

New Book
Blind Spot: The Global Rise of Unhappiness and How Leaders Missed It
Learn about one of the biggest leadership challenges of our time. 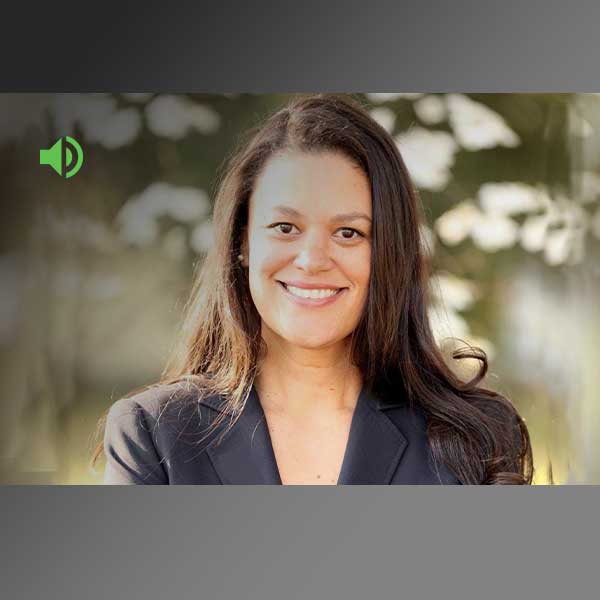