skip to main content
In Depth: Topics A to Z
Computers and the Internet 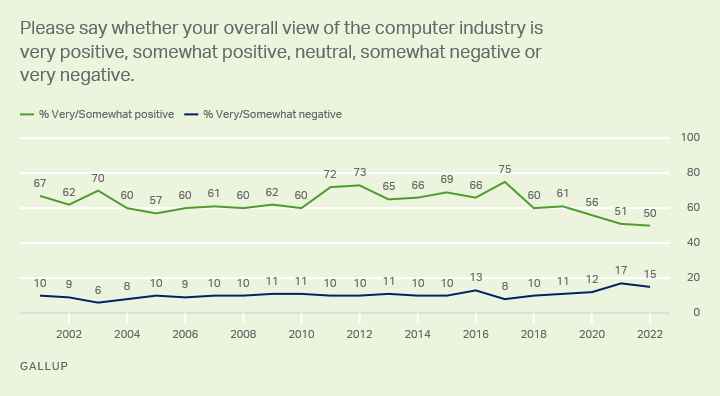 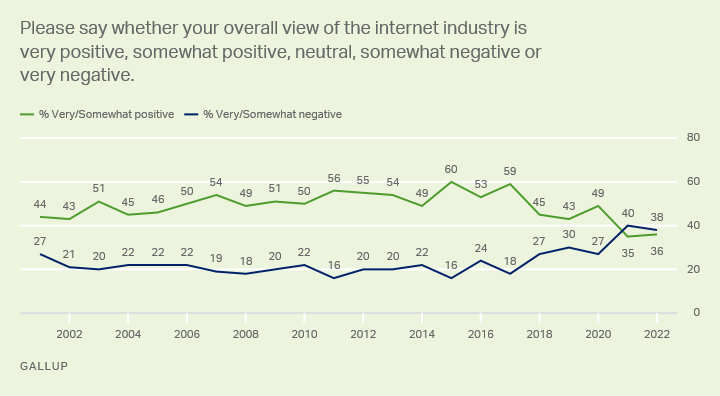 Line graph. Trend in Americans' overall views of the internet industry, from 2001 to 2022. In 2022, 36% of Americans have a very or somewhat positive view of the internet industry, while 38% have a very or somewhat negative view. The past two years have seen the lowest ratings of this industry, and the first that are (marginally) more negative than positive. The high positive reading is 60% in 2015 (and 16% negative).