Migrants’ Desire to Move Again Hinges on Where, How They Live 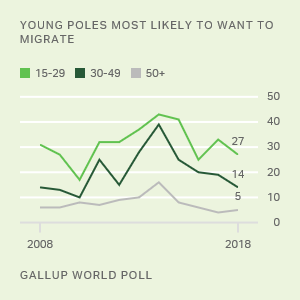 Record 20% of Russians Say They Would Like to Leave Russia

A new high of 20% of Russians say they would leave Russia if they could -- and Russian President Vladimir Putin might be partly to blame.