National symbols like the American flag, and rituals like celebrating July Fourth and saying the Pledge of Allegiance, help bond Americans to their country and to each other. But awareness of these symbols and rituals is not universal. Six in 10 U.S. adults correctly answered "The Star-Spangled Banner" when asked to name the national anthem in a survey conducted last month.

Older women are the least likely gender/age group to have the name of the national anthem on the tip of their tongue, possibly because they are less likely to watch professional sports where the anthem is traditionally featured. In the latest poll, 54% of women aged 50 and older could name it, compared with 66% of younger women, 63% of younger men and 61% of men aged 50-plus.

Notably, more Americans say they are extremely or very proud to be an American (81%) than can name the national anthem. 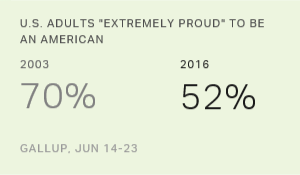 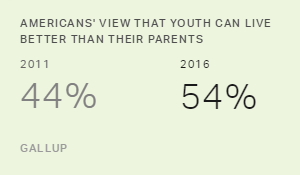