skip to main content
In Depth: Topics A to Z
Housing 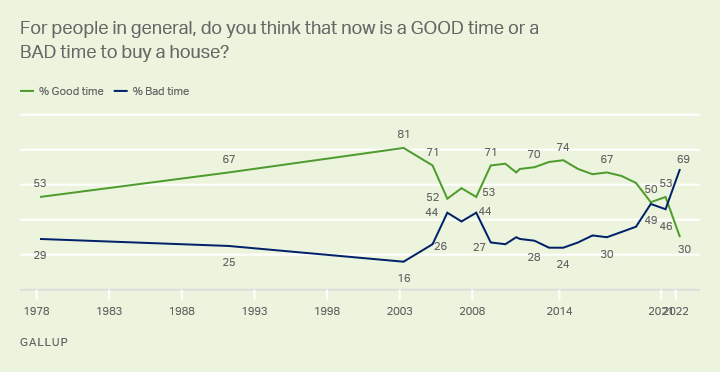 Line graph. 30% of Americans currently think its a good time to buy a house, while 69% say its a bad time.

Housing Trends A to Z
Report

Americans' Financial Worries Tick Up in Past Year

Americans are worrying more than they did a year ago about paying their bills and maintaining their standard of living, among increases in financial worries. Low-income adults are affected far more than others.