skip to main content
In Depth: Topics A to Z
Personal Health Issues 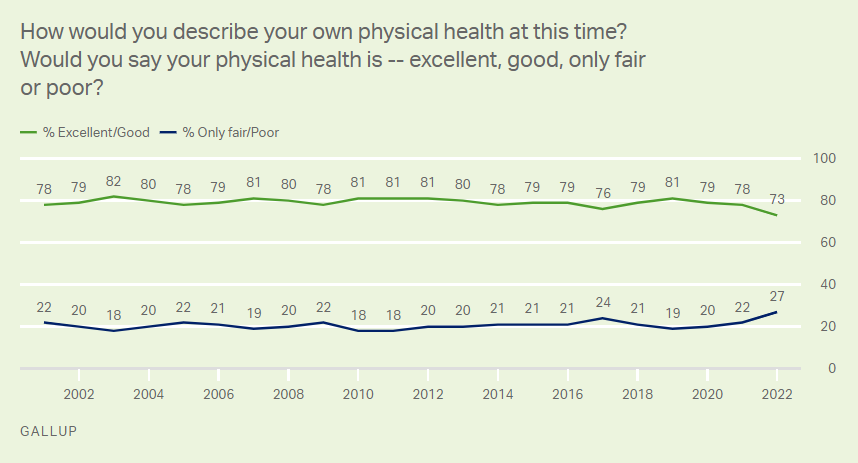 Record High in U.S. Put Off Medical Care Due to Cost in 2022

Americans' reports of delaying medical treatment due to its cost rose 12 points in 2022 to 38%, a new high in Gallup's 22-year trend.

Americans' positive self-assessments of their mental health are at their lowest point in more than two decades of Gallup polling.

Less than half of Americans give the quality of healthcare in the U.S. high marks, a first in Gallup's two-decade trend.