skip to main content
In Depth: Topics A to Z
Satisfaction With Personal Life 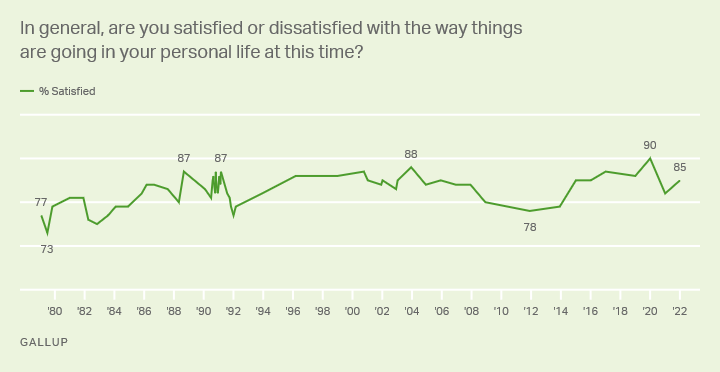 Trends A to Z Wellbeing
Report

New High of 90% of Americans Satisfied With Personal Life

Nine in 10 Americans are satisfied with their personal life, a new high in Gallup's trend. About two-thirds say they are "very satisfied," also a new high.