skip to main content
In Depth: Topics A to Z
Social Security 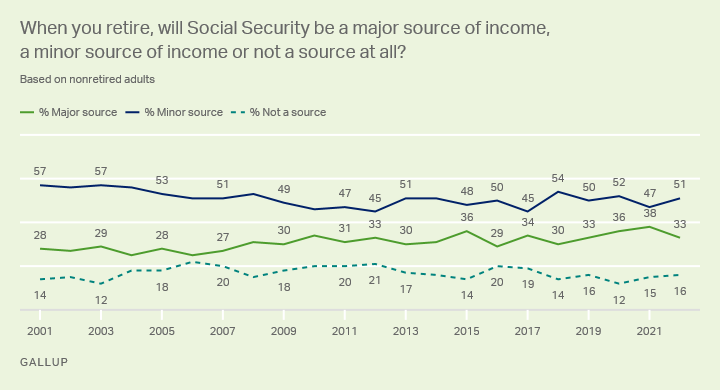 Line graph. Nonretired Americans' views on how much they will rely on Social Security when they retire -- whether it will be a major income source, a minor source or not a source. Most recent views (in April 2022) have 51% saying "minor source," 33% saying "major source" and 16% "not a source."