PRINCETON, N.J. -- Americans' ratings of the job being done by the Centers for Disease Control (CDC) are down significantly from last year, from 60% saying it is doing an "excellent" or "good" job to 50%. None of the other eight government agencies measured in both years showed a decline. Americans' lower job evaluations of the CDC come as the agency continues to deal with the threat posed by the deadly Ebola virus. Although Ebola has largely been confined to Africa, there have been four confirmed cases in the United States, including two nurses assigned to treat the first U.S. Ebola patient in Dallas. The nurses have now recovered but their contracting the virus generated criticism of the government's response to the threat.

Republicans' views of the CDC have worsened since last year -- more so than Democrats' views have -- perhaps because the recent criticism of the agency has come under a Democratic presidential administration. In May 2013, 71% of Democrats and 65% of Republicans said the CDC was doing an excellent or good job. Since then, Democrats' ratings have fallen eight percentage points to 63% while Republicans have dropped 25 points to 40%.

Now that the possibility of a widespread Ebola outbreak in the U.S. seems less likely than it did a month ago, the CDC's image may actually be recovering from lower levels when it was the dominant news story. A CBS News poll from October asking the same question found 37% of Americans saying the CDC was doing an excellent or good job, 13 points lower than in the current Gallup poll.

Just as the CDC's image appears to be recovering, so has the IRS' from the scandal in 2013 that sent its ratings tumbling. After the IRS was accused of targeting Republican-aligned groups for greater scrutiny when applying for tax exempt status, its job ratings fell from 40% excellent or good in 2009 to 27% in May 2013. Now, their ratings have recovered to their prior level, at 41%.

In addition to updating the nine agencies measured last year, the Nov. 11-12 poll included first-time ratings of four other agencies -- the U.S. Postal Service, the Secret Service, the FEMA, and the Veterans' Administration, or VA. The U.S. Postal Service received the most positive job ratings of any of the 13 agencies rated, and the VA the worst, while the Secret Service and IRS came in near the bottom of the list. Even with the decline in the CDC's ratings, it still rates among the most highly regarded agencies, joining the postal service, FBI and NASA with 50% or more of Americans saying it is doing an excellent or good job. The CIA, Department of Homeland Security and FEMA fall just below 50% positive ratings.

The VA is the only one of the 13 government agencies to have "poor" ratings that exceed its "excellent"/"good" ratings. The VA faced widespread criticism this year for prolonged delays in medical care for veterans and allegations that managers falsified records to cover up those delays and gain incentives for speedy care.

Although Americans have highly negative opinions of the federal government overall, they are more likely to give positive than highly negative ratings for many of the agencies that make up the federal government. Of the 13 agencies tested in the latest poll, Americans gave only the VA a net negative rating, and that may very well be a much more negative image than was the case in the past due to the controversy over medical care for veterans.

Results for this Gallup poll are based on telephone interviews conducted Nov. 11-12, 2014, on the Gallup U.S. Daily survey, with a random sample of 1,020 adults, aged 18 and older, living in all 50 U.S. states and the District of Columbia. For results based on the total sample of national adults, the margin of sampling error is ±4 percentage points at the 95% confidence level. 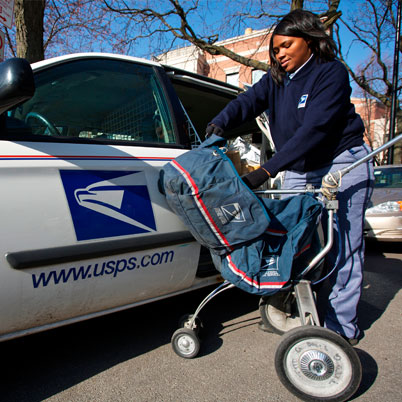