Editor's note: On Feb. 22, 2021, several entries in the "U.S. Adults' Approval of Presidents' Handling of Economy and Foreign Affairs" table were updated to reflect the accurate percentages. 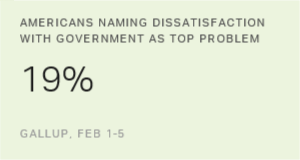