WASHINGTON, D.C. -- Americans are split in their views on how President Donald Trump's performance in office compares with their expectations for him. About one in five (21%) say he has done better than they expected, while more, 35%, say he's done worse. The largest segment, 44%, says his performance has been about what they expected.

These data, recorded in a Jan. 2-7 Gallup poll, come as Americans look back on Trump's first year in office and as they await his State of the Union speech on Jan 30.

Party identification strongly influences how Americans view Trump's performance relative to their expectations of him.

Gallup has asked Americans about how the sitting president's job performance compares with their expectations on four previous occasions -- three times during President Barack Obama's first term and once in President Bill Clinton's first term, although none were conducted at the same one-year mark as the poll for Trump. Obama's relative performance was measured at his 100-day mark and twice in his third year in office, while Clinton's was measured once, at the 100-day mark.

Reviewing the results by party reveals that Trump has defied expectations on both sides of the aisle -- and to a much greater extent than was seen with Obama or Clinton.

Nearly half of Republicans (46%) say Trump has performed better than they expected, which is twice as high as the 23% average for Obama among Democrats across the three measures for him and dwarfs Clinton's 15% among his own party.

Trump is also unique from Obama and Clinton in that he receives a much higher "worse" than expectations rating from the opposing party. His 52% from Democrats is significantly higher than the 35% and 21% that Obama and Clinton, respectively, received from Republicans. The finding that nearly half of the GOP-aligned responders say he has exceeded their expectations suggests that many Republicans might not have expected Trump to follow through on the tough talk he exhibited on the campaign trail. He ultimately rounded out 2017 with the passage of a massive tax bill as steady gains in the economy continue to be made across a number of measures.

A major accomplishment that transcends Republican ambitions -- such as striking an Israeli-Palestinian peace deal or solving the North Korea crisis -- may be key for improved assessments among those outside Trump's own party. Obama, for example, saw an immediate decrease in the percentage of Republicans who said he was performing "worse" than expected after U.S. Special Forces found and killed Osama bin Laden. This still didn't result in more Republicans saying Obama was doing "better" than expected, but it at least defused some of the acrimony against him.

Meanwhile, Trump's job approval ratings fall short of what would be expected based on Americans' ratings of the economy and the way things are going in the U.S. Abroad, esteem for U.S. leadership has plummeted -- which could impact how he is viewed at home as he prepares for his upcoming trip to the World Economic Forum. 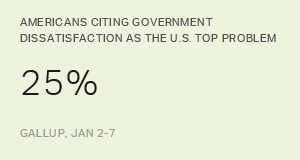 A federal government shutdown would almost certainly do further damage to Americans' already negative view of the government. 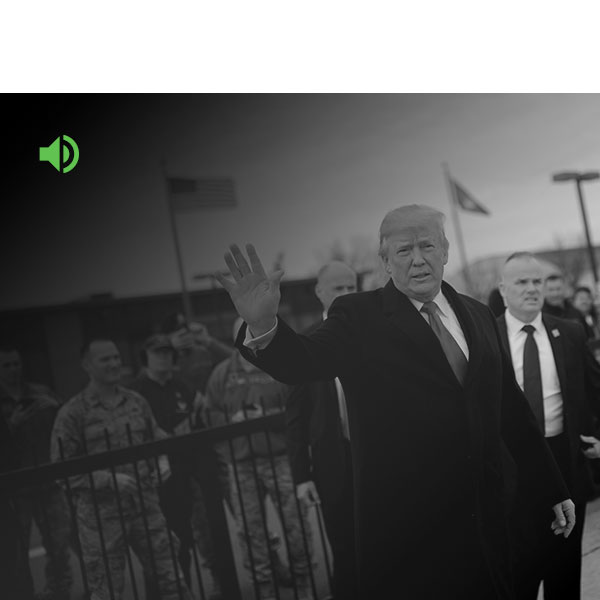