2015: Abortion Edges Up as Important Voting Issue for Americans

2012: Abortion Is Threshold Issue for One in Six U.S. Voters

2008: Will the Abortion Issue Help or Hurt McCain?

2000: Abortion a Major Issue, but Not Critical to Presidential Vote of Most Americans

Here is the full trend of the core question Gallup asks to determine the impact abortion has on a voter's choice of candidate. 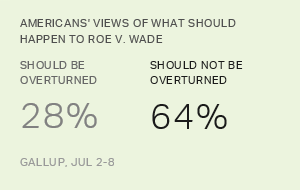 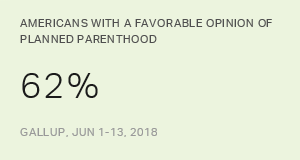 Sixty-two percent of Americans have a favorable opinion of Planned Parenthood, which is fighting an attempt by President Donald Trump and Republicans to cut off its federal funding. 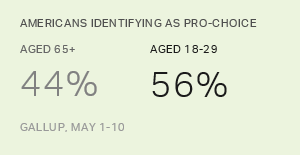 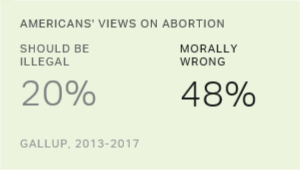