skip to main content
In Depth: Topics A to Z
Healthcare System 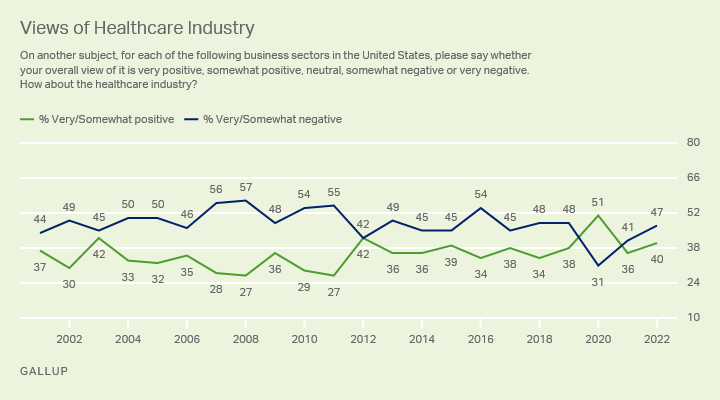 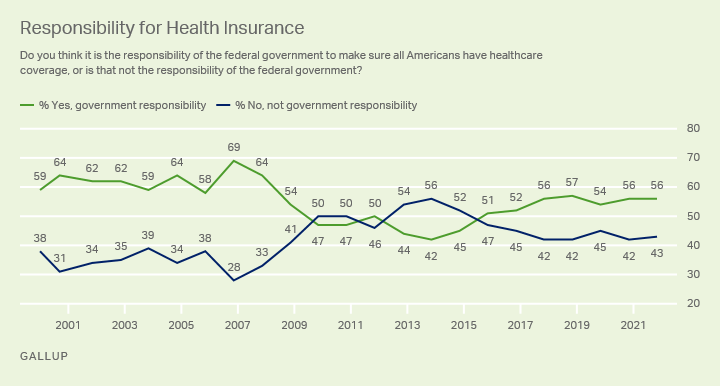 Line graph. Americans' views on whether it is the responsibility of the federal government to make sure all Americans have healthcare coverage, trend from 2000 to 2022. Currently, 56% say it is the government's responsibility, while 43% say it is not. The recent trend has been similar, but between 2008 and 2016, views were evenly divided or more negative than positive. The trend through most of the 2000s showed percentages in the high 50s and low to mid-60s saying yes, it was the government's responsibility, with a high of 69% "yes" responses in 2007.

A majority of U.S. adults continue to think the federal government should ensure universal healthcare coverage, while they also prefer that the U.S. healthcare system be based on private insurance rather than government-run.

Less than half of Americans give the quality of healthcare in the U.S. high marks, a first in Gallup's two-decade trend.