skip to main content
Gallup Blog
Do You Regret Your College Choices?

If they had to do it over again, the majority of Americans (51%) who pursued a postsecondary education would change their degree type, institution or major.

This is one of the most significant findings in a massive new research collaboration between Gallup and Strada Education Network.

Given the substantial amount of time and money Americans invest in pursuing a postsecondary education, these serious second thoughts indicate considerable implications for higher education consumers, institutions and policymakers alike.

Such doubts, and even regrets, are likely rooted in a potent mix of ill-informed decisions made by higher education consumers themselves, the disconnect between education and career goals, and misguided assumptions on the part of policymakers -- all of which beg for improvement.

Gallup and Strada's collaboration aims to empower the voice of consumers in education and help more Americans complete postsecondary education with a purpose. The recent research from the Education Consumer Pulse found that the most common education decision Americans say they would redo is their field of study (36%), followed by choosing a different institution (28%). And 12% would get a different type of degree entirely. Collectively, 51% of U.S. adults regret one or more of the three.

Certainly, many factors are at play in someone's assessment as to whether they'd redo their education path. A choice about a major, for example, could be influenced by everything from what advice you were given, to what fields of study were offered (or not) at the institution you attended, to simply what your interests were.

And your feelings about going back and doing it differently are influenced by myriad factors such as whether your major still has relevance in a dynamic labor marketplace or if you ended up making good money (or not) in your career after college.

Here are some useful insights Gallup and Strada gleaned:

Insights like these apply to individual consumers who are looking for better information to weigh when making various education choices, to postsecondary institutions that are creating these pathways and supporting students through them, and to policymakers who are working to help more Americans achieve better education outcomes.

Crucially, many of the best insights come from listening to the voice of consumers in postsecondary education. Without that voice, we understand much less.

One of the best ways to study the performance of higher education is simply asking students and alumni how they experienced it. When you listen to education consumers, you quickly realize there are many who completed their degree but didn't necessarily complete it with a purpose. Our country can't afford that outcome. 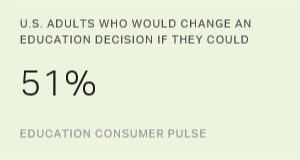 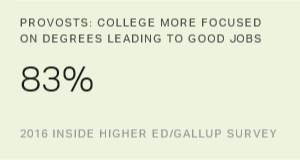 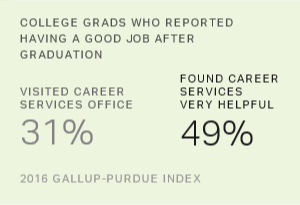