The Gallup Center on Black Voices is now more than two years into its 100-year commitment from Gallup. In 2022, our research on Black life, experiences and perspectives in the U.S. shed new light on health and wellbeing, sentiments on policing, perspectives on how to address the lasting legacy of slavery, and the public’s understanding of milestones in Black history. We facilitated ongoing conversations about DEI efforts and their impact on Black experiences at work, and we created new partnerships for unprecedented, localized research for our future.

As the year comes to an end, we look back with pride on our contributions in 2022 and revisit them with an eye toward our continued work in the century to come.

Research From the Center on Black Voices in 2022

A Gallup Center on Black Voices survey found that most Americans believe Black people today have been affected by the history of slavery in the U.S. and that the federal government has a responsibility to address those effects.

Americans who think the government is responsible generally believe all Black Americans, rather than just those descended from slaves, should benefit from programs to address the effects of slavery.

We found that Americans have become more familiar with the Juneteenth holiday this year than they were in 2021, when President Joe Biden signed a bill making it a federal holiday.

As the public has become more familiar with Juneteenth, both support for and opposition to its status as a federal holiday have increased. Now, 45% are in favor and 30% opposed, compared with a 35%-25% split in 2021.

Leading up to the two-year anniversary of George Floyd's murder by Minneapolis police in 2020, half of Americans (50%) supported "major changes" to policing in the U.S., and another 39% favored "minor changes."

Black adults remain more likely than Hispanic and White adults to say major changes are needed. About nine in 10 or more in each group say at least minor reforms are needed.

In 2022, Black Americans are less likely than they were in June 2020 to report having had an interaction with police in the past 12 months.

Among Black adults who did interact with police over the past year, about three in four say they were treated fairly (77%) and with respect (75%), similar to what Gallup initially found in 2020. However, they are now a bit more likely to rate the overall experience positively compared with then -- 68% now versus 59% in 2020.

Black adults who find it easy to find a Black doctor are a bit more likely to report having positive interactions with their healthcare provider than those who find it hard to locate a Black physician.

Black Americans who say it is hard to find a doctor of their own race or ethnicity in their area are much more likely than those who say it is easy to report having had negative interactions with medical providers in the past three years.

Among those in lower-income households (with an annual household income under $36,000), 46% of Black adults report high satisfaction with their current life, slightly higher than for White (42%) or Hispanic (40%) adults from the same income group.

Additionally, Black Americans with a lower annual household income report significantly higher levels of physical and career wellbeing than do Hispanic or White Americans in the same income band.

Conversations With the Center on Black Voices in 2022

In the fall, we talked with executives about the impact of DEI initiatives since 2020 and whether employees perceive these efforts as having been meaningful -- or not. What has been attempted and what has been achieved since these initiatives were announced? Are employees feeling the effects of these efforts? What is working -- and what is not working?

Have DEI Efforts Evolved in the Right Direction Since 2020?

In our 2022 season of “Cultural Competence,” a diversity and inclusion podcast from the Gallup Center on Black Voices, we talked about DEI initiatives, inequitable recognition, food shaming at work and much more.

You can subscribe to “Cultural Competence” wherever you listen to your podcasts.

In May, the Center presented at the 2022 AAPOR Annual Conference, reviewing Gallup Panel data in three papers:

The discussion focused on new findings, connections across the three topical papers, and how the methodological innovation of the blended sample supports these discoveries.

Upcoming Initiatives From the Center on Black Voices in 2023

The Gallup Center on Black Voices has partnered with the Detroit Regional Chamber to measure the lived experiences of Black Detroiters and monitor progress toward racial equity. This first annual survey includes 61 questions and has been sent to 120,000 residents across the region. The findings will shed light on how residents view the quality of their lives, evaluate city services and rate their daily experiences, among many other insights to come. Stay tuned next year for the findings of this new endeavor.

There is much more in store for our research in 2023. Please sign up to receive the latest insights from our work. 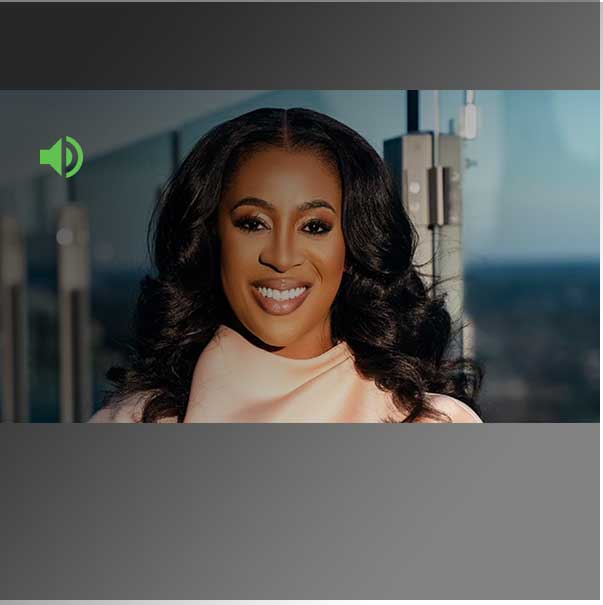 Ella F. Washington on 'The Necessary Journey' and What It Takes