We can presume that these efforts are primarily aimed at non-Hispanic white voters, given the ineluctable fact of life that race and ethnic groups other than whites are quite positive in their views of Obama. The basic data are in the table below. Blacks are very strong in their approval of the president, and the main tactical campaign issue relating to black voters is the degree to which they can be motivated to turn out and vote for Democratic candidates. Hispanic voters are much less positive about Obama than blacks, although Hispanics' average approval over the last two months is still well above the national average, and it is clear that simply tying a candidate to Obama is not going to generate an automatically negative response among Hispanics toward that candidate.

That leaves whites, who at 32% presidential job approval are clearly way below average in their views of President Obama, and who, taken as a group, would be likely to find the connection of a candidate to the president a negative.

Still, whites are not a monolithic group, and it's useful to break white voters down by ideology, where we find a very significant distribution of Obama approval around their overall mean approval of 32%. About one-third of white adults are moderate or liberal Democrats, and have very high approval of the job Obama is doing. These voters, if anything, will applaud a connection of a Democratic candidate to the president. The very small group of conservative white Democrats' approval of Obama is more marginal, at 47%, but still above the overall average in the population.

One fertile ground for connecting a candidate to Obama, in theory, would come among pure independents, who don't lean toward either party or who say they don't know (or care about) their party preference -- and who have a very low average Obama approval rating. But this is a small group of voters, and for the same reasons that they don't evince a party preference even after probing, they are less likely to be interested in elections or to vote. So, their utility as a campaign target in a generally low turnout midterm election is marginal.

That leaves the half of white voters who are Republican, and whose approval for Obama is very low, regardless of whether they classify themselves as moderate/liberal or conservative. Since few of these Republican voters are going to vote for a Democratic candidate in any circumstance, the effect of ads tying a Democratic candidate to Obama would mostly be to motivate these Republican whites to turn out and vote in general.

So these national data would suggest that when candidates or commercials or messages focus on tying a Democratic candidate directly with Obama, there would be little effect on one-third of white voters who are Democrats and really like the president (other than perhaps to paradoxically increase their turnout, which benefits the Democratic candidate), a possible effect on pure independents, but one mitigated by their low levels of engagement in the election, and a reinforcing effect to a big group of whites who are very negative in their views of the president. This reinforcing effect most likely would be to increase turnout, rather than to change their minds about the candidates for whom white Republicans are voting.

These are national data. Each state (and congressional district) is different. But these overall patterns most likely pertain in one way or another in most state elections and suggest that the high level of focus Republican campaigns are placing on connecting Obama to Democratic candidates, as far as white voters are concerned, is mainly going to have an effect on turnout.

Republicans who support the Tea Party remain more engaged in this year's election process and are much more motivated than non-Tea Party Republicans and other Americans. 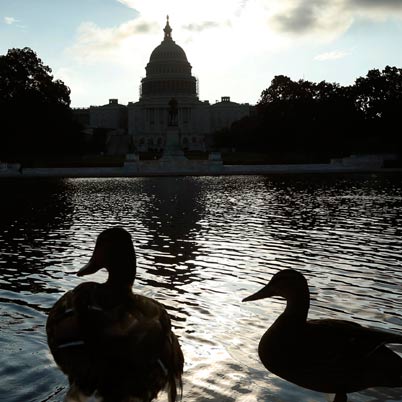 The Trend Line: A Third in U.S. Is Very Motivated for Midterms