The American public soundly disagrees with candidate Ted Cruz's proposal to eliminate four departments of government and also comes down against his proposal to abolish the IRS. This presents a fascinating portrait of a population of people who are very negative about government in general, and yet tend to be unenthusiastic about proposals to eliminate a lot of government. Obviously, as I'll discuss below, there are other approaches to the crisis of confidence in government that the people prefer.

We've been documenting the American public's reaction to many of the policy proposals made by the major presidential candidates on the campaign trail and as part of their overall campaign strategy. In this instance, I'm looking at the reaction of the public to four specific proposals made by Ted Cruz -- proposals that arise from his overall broadly anti-government stance.

Cruz has also proposed both a hiring freeze on all civilian jobs in the executive branch and enacting a requirement that three government employees leave the federal government before the government can hire one new employee. Americans' reactions to these proposals are somewhat less negative than to his proposals to cut government departments and agencies. About four in 10 don't have an opinion on these ideas. Among those who do have an opinion, the proposals essentially break even. Thus, from the big picture perspective, when Cruz makes these proposals, he gets an immediately positive reaction from just about one-third of the people.

No question, then, that Cruz is making his proposals in an environment in which the public appears to be very anti-government. One might hypothesize that the public would go along with his ideas about slashing government departments and cutting back on government employees. But Americans don't. His proposals, in essence, don't pass muster with a majority of the general American public.

There are two possible explanations for this. First, much of Americans' ire at the government is apparently taken out specifically on the body of which Cruz is a member -- U.S. Congress, rather than on government departments, agencies and employees. Congress approval is now at 13%, and trust in the legislative branch of government is at or near record lows. A quick aside: Another question in sequence of testing policy proposals shows there is strong support (71%) for the idea of term-limiting members of Congress.

Second, while Americans are down on government in general, they are not strongly in Cruz's philosophical camp when it comes to his conviction that the federal government should be severely limited in what it does. Our research, in fact, shows that only about a third of Americans favor limiting government to performing only basic functions, a third favor government being empowered to do all it can to fix problems and a third are in the middle between these two extremes. Thus, Cruz is simply fighting an apparent uphill battle -- with the public taken as a whole -- in his philosophical position that government must be scaled back.

The tests reviewed here are based on immediate, top-of-mind reactions to policy proposals as made by the candidates. It's certainly possible that further elaboration and discussion of the proposals would move the public more in one direction or the other. But we learn a lot from these data. Namely that, on the face of it, the idea of cutting back government departments and agencies, and severely limiting employment in the federal government, simply doesn't generate a lot of positive enthusiasm from the American public. 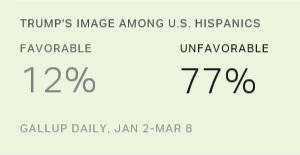 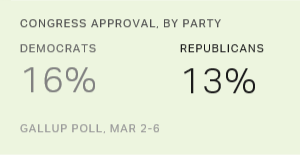