The office of vice president of the United States, which will welcome its 48th occupant in January, will most likely assume more important duties and new political power in President-elect Donald Trump's administration. Evidence of that is Vice President-elect Mike Pence's new charge to lead the Trump transition team, which is managing the transfer of power in Washington, D.C.

Pence seems to have earned a position of relevancy and respect the "old-fashioned" way: with 12 years of experience in the U.S. Congress, including time in the important role of chairman of the Republican conference -- the party's power center for policy creation. As governor of Indiana, Pence strongly connects the incoming administration with the Midwest region that helped lead Trump to victory. That combination makes him uniquely valuable to the Trump administration.

Pence brings one other strength to Washington: his relative popularity. According to Gallup's final pre-election poll, conducted Nov. 1-6, Pence ended the 2016 presidential campaign as the best-liked of the four candidates on the major party tickets. His 49% favorable rating among registered voters was significantly higher than Trump's 37%, Hillary Clinton's 42% and Virginia Sen. Tim Kaine's 39%.

Pence achieved his comparatively high favorable ratings by resonating especially well with key demographic groups that substantially aided the Trump campaign. Not only did 85% of Republicans hold a favorable view of him, but so did 77% of conservatives, 61% of weekly churchgoers and 58% of seniors -- all groups critical to Trump's election.

In terms of "balancing the ticket," Pence held his own in the critically important Midwest region, where 48% viewed him favorably versus 38% unfavorably -- a 10-percentage-point positive tilt. Kaine, who likely was put on the Democratic ticket in part for Southern regional balance, underperformed there, actually finishing the campaign with higher unfavorable (44%) than favorable (35%) ratings in his home region.

Given Pence's credentials both on Capitol Hill and in state government, along with his value to the 2016 campaign, he seems to be in line for greater responsibility in a role that has come a long way since Thomas Jefferson considered the simple job of a vice president "honorable and easy." Years later, the beloved humorist Will Rogers said the office of vice president was the best job in the country because "all you have to do is get up every morning and ask, 'How is the president?'"

The role of the vice president has indeed evolved, as Jules Witcover captured in his book, The American Vice Presidency: From Irrelevance to Power. Because Pence now has a top leadership role on the Trump transition team, there may be more on his horizon.

As has been true for previous vice presidents, Pence's background complements that of the president. But this seems particularly important for the incoming administration, given that Trump will be one of the few presidents without any elected political experience (the last was Dwight Eisenhower in 1952). Pence's legislative and policy experience may make him the "quarterback" on the White House legislative team who has to deal with complex congressional processes. And his experience as a state governor may make him someone Trump relies on to help navigate 10th Amendment issues. It reminds us of what John Adams, the first U.S. vice president, remarked: "In this I am nothing, but I may be everything." 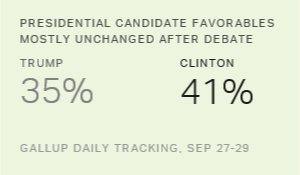