PRINCETON, NJ -- In a new Gallup survey of teachers, U.S. public school teachers are closely split in their overall reaction to the Common Core State Standards: 41% view the program positively and 44% negatively. Even in terms of strong reactions, teachers' attitudes are divided, with 15% saying their perceptions of the initiative are "very positive" and 16% saying "very negative." Underscoring this parity in views, more than half of teachers say their peers' perceptions vary. When asked how most teachers they know personally feel about the Common Core, 56% say the reaction is "mixed." Another 7% say it is positive, while 32% say it is negative.

These findings are based on an online Gallup Panel survey with 854 public school teachers in grades K-12 across the country. Teachers in the Gallup Panel were selected at random from Gallup Daily tracking. Those teachers available to take surveys by Web (95% of teacher panelists) were invited to take the Common Core survey online between Aug. 11 and Sept. 7.

Teachers Most Familiar With Common Core Like It Best

Teachers' attitudes toward the Common Core are not much different in the 43 states (plus the District of Columbia) where the standards have been adopted than they are nationally. Forty-four percent of those working in these states view the program positively, and 40% view it negatively -- still roughly evenly divided.

While these differences in teachers' attitudes may partially reflect the underlying political climate in each state or school district that led to the adoption or rejection of the Common Core there to begin with, it is also possible that teachers feel more positively about the Common Core once they fully use it.

Gallup's polling of public school parents reveals strong partisan differences in parental attitudes toward the Common Core, with Democrats significantly more supportive of it than Republicans. Teachers display the same pattern. A little over half of those who identify as or lean Democratic have a positive impression of the Common Core, while six in 10 Republican teachers have a negative impression. Teachers' Views on the Pros and Cons of the Common Core

Teachers were given an opportunity on the poll to state what they consider to be the most positive aspect of the Common Core, as well as the most negative aspect.

These open-ended responses paint an unambiguous picture of what teachers consider to be the most positive aspect, as 56% of all public school teachers say that sharing the same standards across states is the main advantage. This is followed by 12% saying the Common Core fosters critical thinking, and 10% saying it sets higher standards or is more rigorous. Teachers' views about the most negative aspects of the Common Core are more varied. The largest percentage of responses, 15%, is focused on the view that the Common Core is not practical, while 14% say it is being implemented poorly. The latter category includes many teachers who believe the Common Core should have been phased in with the younger grades to allow students to grow into the curriculum, rather than put into effect for everyone in kindergarten through high school at the same time.

Twelve percent cite the standardized testing that goes along with the Common Core as the worst aspect, and another 12% take issue with the curriculum standards themselves, saying they are inadequate, inaccurate, or biased.

Rounding out the top five complaints, 11% say the system is unfair to students in its "one size fits all" approach. Read teachers' verbatim comments on the most positive aspect and most negative aspect of the Common Core.

Teachers in the 43 states that have adopted the Common Core State Standards are going through major shifts in how they teach reading, writing, grammar and math -- as well as other subjects in which these skills come into play. Although some states have already worked these changes into their curricula, others started phasing them in last year, and others are just starting now. As the process unfolds, policymakers should pay close attention to how teachers themselves view the program, and whether it is working for both students and educators.

This initial survey on the Common Core reveals teachers' attitudes are sharply split, giving no clear advantage to the standards' proponents or opponents. However, regardless of the politics of the issue, the findings suggest some teachers may be experiencing a stressful work environment as they start the 2014-2015 school year -- especially if staff members within their own schools are at odds over the Common Core.

On a positive note, the teachers who have the most experience teaching with the new standards are much more positive about it than others. Also, a solid majority of teachers applaud the fundamental goal of unifying standards across states. However, many express concerns that the program is unwieldy, not being implemented well, or simply bad policy. Further, although the initiative began as a bipartisan effort among the states, it has clearly become politicized among teachers, as it has with the general public. And that could mean attitudes will grow rigid rather than be receptive to change as new information about the Common Core -- whether positive or negative -- emerges over time.

Results are based on Web interviews conducted Aug. 11-Sept. 7, 2014, via the Gallup Panel, with a random sample of 854 public K-12 school teachers, aged 18 and older, with Internet access, living in all 50 U.S. states and the District of Columbia. The data are weighted to match national teacher demographics of gender, age, race, Hispanic ethnicity, education and region.

Demographic weighting targets are based on the weighted demographic distribution of Gallup's nationally representative nightly poll respondents identified as teachers over a period of four years. 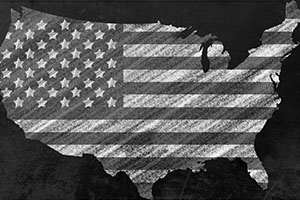 Teaching May Be the Secret to a Good Life

Imagine what life would be like if we started choosing our jobs based on the well-being they provide us. According to the Gallup-Healthways Well-Being Index, a career in teaching may be the secret to the good life. Never mind the media reports that make teaching in America look like a horrible job, it may be one of the best careers for a person's well-being.