Gallup originally asked Americans about their views on the implications of having a gun in the home in 1993, and then updated the measure in 2000. Between 2000 and 2006, less than half of Americans believed having a gun at home makes it safer -- but since then, this percentage has significantly increased to a majority.

Republicans (81%) are about twice as likely as Democrats (41%) to believe having a gun improves home safety. About half of Democrats say having a gun makes a home a more dangerous place to be.

Although there is a gender gap in the results for this question, majorities of both men (67%) and women (58%) believe having a gun improves home safety. While one in three women say it makes for a more dangerous place to be, only one in four men say the same about guns in the home.

About two-thirds of whites and Southerners endorse having a gun to improve home safety, as do majorities of nonwhites (56%) and residents of the other three regions. Since 2000, Americans of all political stripes have become more inclined to believe a gun makes a home more secure. But the rate of increase has been greatest among Republicans, with 81% now holding this position, up from 44% in 2000.

While those who identify with the GOP have seen a 37-percentage-point growth in this sense of safety, independents show a 29-point climb and Democrats show a 13-point increase. Forty-two percent of Americans report having a gun in their home, similar to the average reported to Gallup over the past decade. This self-reported measure has fluctuated from survey to survey, but is consistent with trends since 2004. Longer term, Gallup has found that household gun ownership has ranged from a low of 34% in 1999 to a high of 51% in 1993. Republicans are twice as likely as Democrats to have a gun in their house. A majority of Southerners say there is a gun in their home, much higher than the rate among those in the West and East. Most survey respondents report that the gun in their household belongs to them personally (30%), as opposed to another household member (14%). This means that about one in three people who have a gun in their home are not personally owners, but are aware the gun is there. The personal ownership trend has been generally stable over the past 13 years. Americans who have a gun in their household are significantly more likely than others to say that having a gun makes a home safer (86%), though one in 10 believe it makes a household more dangerous.

While Gallup figures on U.S. gun ownership have not shifted much since 2006, the percentage of Americans who say that having a gun in the home makes that household safer has drastically climbed over the past eight years.

Americans own guns for a wide array of reasons, but the increase in the perceived safety value of owning them suggests that guns are taking on more of a protective role than they have in the past. Florida passed the nation's first "Stand Your Ground" law in 2005, followed by dozens of states that passed different versions of the law. In the decade since, Americans have become more likely to view guns as a means of self-protection.

Regardless of Americans' perceptions of crime and their need to protect themselves, violent crime rates fell significantly from 1993 to 2012. While it may be a contentious assertion, some attribute falling crime rates to increased gun sales. 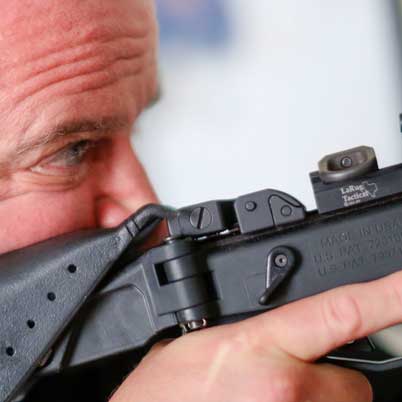