WASHINGTON, D.C. -- Americans' ratings of healthcare coverage in the U.S. have generally held steady, despite the opening of the healthcare exchanges in 2013 and the decline in the uninsured rate this year. Thirty-eight percent of Americans now rate healthcare coverage in the U.S. as "excellent" or "good," within the range of the combined positive ratings seen since 2009, but more positive than what Gallup found from 2001 to 2008. Since 2001, Gallup has asked Americans each November to rate healthcare coverage in the country as a whole. Americans' positive ratings of coverage jumped from 26% in November 2008 to 38% November 2009, after President Barack Obama took office and vowed to make healthcare a priority. Ratings generally remained more upbeat after the Affordable Care Act was passed in 2010, though they did dip slightly in 2011 and 2013.

When positive ratings of healthcare coverage increased in 2009, they improved about equally among Republicans (including independents who lean Republican) and Democrats (including Democratic leaners). Since then, however, Republicans' ratings have waned, while Democrats' have increased. Democrats' positive ratings have risen particularly sharply in the past year, possibly because of the implementation of the healthcare exchanges, which have broadened Americans' access to health insurance. As a result, for the first time, Democrats and Republicans are about equally likely to rate healthcare coverage in the U.S. positively, 41% vs. 35%, respectively. Similar Party Switch in Ratings on Quality of Healthcare Political leanings are a strong predictor of how Americans feel about the healthcare law. Accordingly, the relative stability in ratings of national coverage since 2009 is driven almost entirely by Democrats' greater positivity, which has compensated for a sharp drop in positive reviews among Republicans over the same period.

Results for this Gallup poll are based on telephone interviews conducted Nov. 6-9, 2014 with a random sample of 828 adults, aged 18 and older, living in all 50 U.S. states and the District of Columbia. For results based on the total sample of national adults, the margin of sampling error is ±4 percentage points at the 95% confidence level. 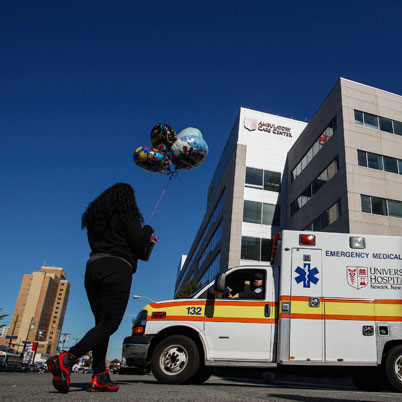 The Trend Line: More Americans Are Insured but Still Don't Approve of ACA

Though M&A deals are often navigated effectively, they don't always go according to plan or achieve the desired results. Experts explain how to make them work.

Healthcare costs and access still rank among the leading issues Americans cite when asked to name the country's "most urgent health problem." But these are roughly matched this year by the Ebola virus, mentioned by 17% of Americans.