Gallup's question about changes in the volume of "immigration" does not specify whether it is legal or illegal, meaning respondents could, in theory, be taking both into account.

Immigration has been a major focus of Trump's presidential campaign since it began, including proposals to restrict the number of low-wage workers coming into the U.S. legally. He has also proposed restricting legal immigration among those who come from certain regions of the world with a history of exporting terrorism, who don't pass an ideology test or who identify with the Muslim faith. Trump has also proposed building a wall between the U.S. and Mexico to prevent illegal immigration and to deport the millions of immigrants living illegally in the U.S. -- although news reports now indicate that he may alter his position on that issue.

Most Americans Define Immigration in General as "Good"

A separate question confirms that most Americans (72%) believe that immigration is a "good thing for this country today." Americans' positive views about immigration dipped to a low point after 9/11 and have fluctuated since then, but the 72% and 73% "good thing" percentages measured in 2013, 2015 and this year are the highest in Gallup's trend dating back to 2001. While most Americans believe immigration is good for the country, a relatively small percentage would like to see the nation's level of immigration increased, while the rest want it either to remain the same or to decrease. Despite the strong rhetoric on immigration emanating from the Trump presidential campaign, there has been no uptick in the past year of those wanting to see immigration decreased, suggesting that Trump is not so much changing public opinion as he is taking advantage of existing attitudes. Trump generally finds support for the idea of decreasing immigration among his conservative, Republican base. But the significantly lower level of support for decreasing immigration among non-Republicans underscores the challenge Trump faces in the general election -- given how closely tied he is to the issue -- and helps explain why he may be shifting his tone on some immigration-related policies. 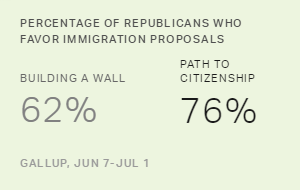 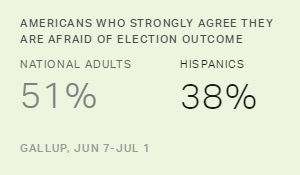 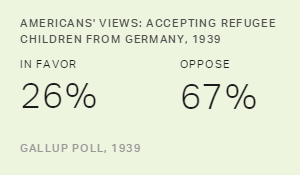 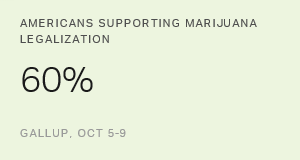