PRINCETON, N.J. -- Americans are most likely to name President Barack Obama as the man they admire most in 2016. Twenty-two percent mentioned Obama in response to the open-ended question. President-elect Donald Trump was second at 15%. It is Obama's ninth consecutive win, but the seven-percentage-point margin this year is his narrowest victory yet.

The results are based on a Dec. 7-11 poll. Since 1946, Gallup has asked Americans to name the man, living anywhere in the world, whom they admire most.

Incumbent presidents typically win the distinction -- in the 70 times Gallup has asked the question, the president has won 58 times. The 12 exceptions were mostly times when the sitting president was unpopular, including 2008, when Americans named President-elect Obama over President George W. Bush. Obama and Dwight Eisenhower in 1952 are the only presidents-elect to win the distinction. Eisenhower finished first 12 times, more than any other man in history. Obama is now second all-time with nine first-place finishes.

Obama's win over Trump this year is largely a result of the president earning more mentions among Democrats than Trump receives from Republicans. Fifty percent of Democrats named Obama as most admired, compared with 34% of Republicans choosing Trump.

This year marks the 60th time Graham has finished in the top 10 -- a Gallup record. That includes making it into the top 10 every year since 1955, with the exception of the 1962 survey and in 1976, when the question was not asked.

Americans named Hillary Clinton the Most Admired Woman for the 15th consecutive year and 21st time overall. Since her initial win in 1993 as first lady, Clinton has topped the list every year but 1995 and 1996 (when she finished behind Mother Teresa) and 2001 (behind Laura Bush). Eleanor Roosevelt has the second-most No. 1 finishes among women, at 13.

Clinton was the top choice among Democrats, with 26% naming her, followed by Michelle Obama at 18%. Republicans did not have a consensus choice -- 5% named Queen Elizabeth, 4% each named Clinton and DeGeneres, and 3% each named Rice and Palin.

Barack Obama and Hillary Clinton have been the most admired man and woman every year since 2008. Now, as both move into the post-political phase of their careers, their future status as most admired is uncertain.

Given the prominence of incumbent presidents as the most admired man, Trump may be the favorite to win the distinction next year, provided he does not have low job approval ratings in December 2017. Even if Obama does not win the honor next year, his relative youth and high favorable ratings could make him a fixture in the top 10 for years. Many ex-presidents have enjoyed long runs on the most admired man list after leaving office.

Clinton may have a better chance of staying most admired woman based on history. Former first ladies have won the title more than any other role -- 35 times in the 67 years the question has been asked. Most of those wins are for Roosevelt and Clinton, but Mamie Eisenhower, Kennedy and Betty Ford also won after their husband's term ended. Clinton may also be advantaged in the future because she will be in a less overt political role. Her highest favorable ratings to date came when she was first lady and secretary of state, while they fell significantly during her two presidential campaigns. 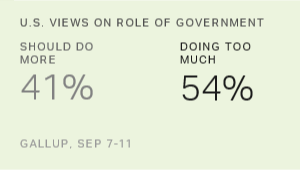 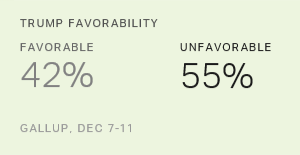 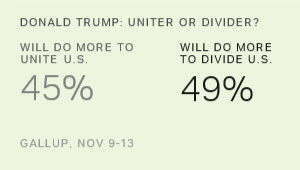