WASHINGTON, D.C. -- Former President Robert Mugabe may be out of power, but the economic crisis that began on his watch will still be a problem for whomever Zimbabweans elect on Monday. Zimbabweans are just as likely to be struggling to afford the basics on Election Day as they were before Mugabe was ousted last year: More than seven in 10 surveyed in May and June have been unable to afford food at times (71%) and are finding it difficult or very difficult to get by on their household income (77%).

Cash shortages in 2016 and 2017 left account holders unable to access funds, and companies unable to pay their workers -- stoking fears of a repeat of Zimbabwe's economic meltdown and hyperinflation nearly a decade ago. Zimbabweans have seen little economic improvement since sitting President Emmerson Mnangagwa took office late last year. The country is still without a currency and is experiencing a severe cash crunch.

Two of the leading candidates in a crowded field of 23, Mnangagwa and Nelson Chamisa, are promising Zimbabweans "jobs, jobs, jobs," which continue to be hard to come by in the country. Millions of residents are scraping by on jobs as street vendors. About one in three (32%) in Zimbabwe say it is a good time to find a job where they live -- unchanged from the last year of Mugabe's multidecade rule of the country.

Takeaway: Many Zimbabweans who expected their situations to improve after Mugabe's ouster are still waiting. The majority of people in the country are still struggling to afford the basics, and their outlook for the job market is just as grim as it was.

Candidates from the ruling party and the opposition are promising to rebuild the economy and create jobs -- which should resonate with most voters. But regardless of who wins, the hard part will come after Election Day, when they have to make good on these promises after decades of corruption and mismanagement under Mugabe.

Confidence Flags in Zimbabwe Ahead of First Post-Mugabe Vote

As Zimbabweans vote for the first time Monday since the ouster of Robert Mugabe, less than half are confident in the honesty of their elections. 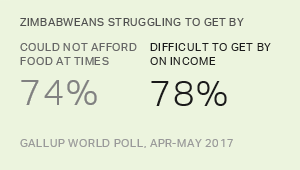 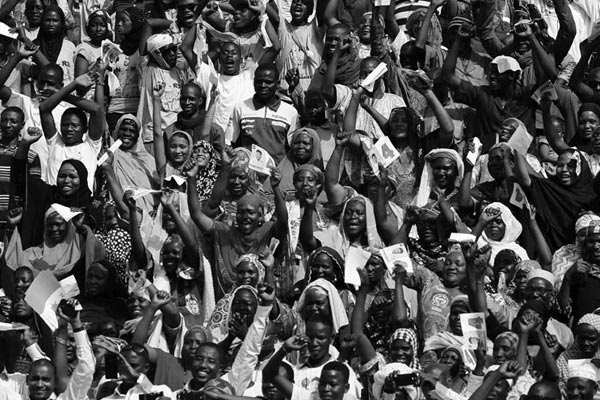