WASHINGTON, D.C. -- As the image of U.S. leadership abroad continues to suffer, there are signs that China's leadership is gaining more clout. In 2018, the median approval of China's leadership across 134 countries stood at 34%, a modest increase from 31% in the previous two years. Approval of U.S. leadership plummeted around the globe during President Donald Trump's first year in office and has yet to recover. Coupled with China's efforts to expand its global influence, some experts warn that U.S. global influence is at risk. In 2017, the U.S. and China were on nearly equal footing for the first time in the decade-long trend. And in 2018, approval of China's leadership topped the rating for the U.S.

Despite these concerns, there is no evidence that China's leadership is considered more attractive because U.S. leadership has declined. At least in the short-term, leadership approval -- a proxy for soft power, the use of economic or cultural tools to gain influence, rather than military force -- is not a zero-sum game. On a country level, approval of Chinese leadership increased by 10 percentage points or more in 14 countries between 2017 and 2018. These countries represent a mix of regions -- including some of its own neighbors such as Mongolia. But this list also included U.S. neighbor Mexico, where trade relations warmed in 2018 as the U.S. and Mexico continued to wrangle over NAFTA. Approval ratings declined by 10+ percentage points in only four countries, including 15- and 16-point drops in Kazakhstan and Cambodia, respectively. The change in Cambodia likely has economic origins. However, for Kazakhstan, the decline in approval is likely related to China's treatment of the country's Uyghur ethnic group living in China.

Again, given the low median approval for Chinese leadership in Europe, it is not surprising that seven of the 10 countries or areas where people are least likely to approve are in this region. However, Vietnam has the lowest approval rating of China's leadership, 6%. China and Vietnam have a historically troubled relationship and are currently involved in a conflict over economic development rights in the South China Sea, likely contributing to low opinions of Chinese leadership among the Vietnamese public.

Additionally, two Asian powers register particularly low levels of approval for Chinese leadership. Sixteen percent in both Japan and India approve of China's leadership. However, in India, a large percentage (43%) of the population has no opinion, while in Japan roughly a quarter, 24%, of the public had no opinion.

To complement its rise as a great economic power, the Chinese government has sought in recent years to expand its global influence in other spheres. In addition to massive investment in its military and large-scale economic projects such as One Belt One Road, this approach includes a diplomatic angle that emphasizes national sovereignty and rejects foreign meddling in the name of human rights or democracy.

Results are based on face-to-face and telephone interviews with approximately 1,000 adults, aged 15 and older, in each country or area. Between March and December 2018, residents were asked to rate U.S., German and Russian leadership in 133 countries or areas, and residents in 134 countries or areas were asked to rate the leadership of China. For results based on the total samples, the margin of sampling error ranges from ±2.0 percentage points to ±5.1 percentage points at the 95% confidence level. The margin of error reflects the influence of data weighting. In addition to sampling error, question wording and practical difficulties in conducting surveys can introduce error or bias into the findings of public opinion polls. 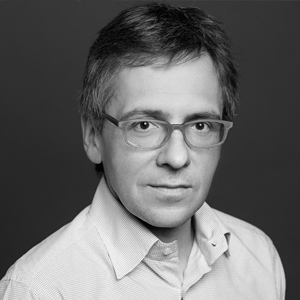