WASHINGTON, D.C. -- The International Monetary Fund maintained its 2021 global growth forecast last week of 6%, highlighting what it has called a "two-track pandemic" in which advanced economies with access to vaccines are expected to recover quickly, and many emerging market economies are downgraded owing to slow vaccine rollouts.

In the first year of the COVID-19 global pandemic, gross domestic product (GDP) contracted by an estimated -3.5%. In the same period, a median of 43% of people in 116 countries and territories told Gallup that economic conditions in their city or area were "getting worse," an all-time high since the Gallup World Poll was launched in 2005 and the first time that sentiment has been a net negative. Line graph. Global trends in the economic outlook over the past 15 years. Outlooks turned net negative for the first time in 2020.

While economic forecasts in high-income countries look relatively optimistic over the coming year, many of these same countries were among the first to be heavily affected by the spread of COVID-19 and subject to some of the earliest lockdowns. Badly affected countries in 2020, where at least half of people expected worse economic conditions in their city or area, include the U.S. (48%), the United Kingdom (52%), France (65%) and Italy (59%), which was the first country in the world to mandate a national quarantine in March 2020.

In relatively high-income Organization for Economic Cooperation and Development (OECD) member states, the percentage of residents who believed their own economy was getting worse shot up from a median of 27% in 2019 to 44% in 2020, a 17-point year-over-year increase.

But while high-income countries were more likely to view their own economy as deteriorating, residents of poorer countries have faced a heavier economic burden throughout the pandemic. Through government stimulus plans and strong social safety nets, high-income countries have used their more abundant resources to shield residents from some of the pandemic's worst economic effects, spending an estimated 20% of GDP on financial support programs in response, compared with only 2% in developing countries where constraints are higher, and budgets are lower. Line graph. Global trends in the economic outlook over the past 15 years in OECD member states. Outlooks turned net negative for the first time in 2020.

Since the first COVID-19 vaccines became available late last year, an estimated 40% of the population in advanced economies has become fully vaccinated, compared with only 11% in emerging markets and a still smaller fraction in low-income countries. More than 80% of vaccine supply has thus far been administered in high and upper-middle-income countries, a disparity that WHO Director-General Tedros Adhanom Ghebreyesus recently cited when calling upon countries and vaccine-makers to delay booster shots until at least 10% of the population of every country has been vaccinated.

Resurgences of COVID-19 and new, more infectious variants pose a major threat not only to health but to economic recovery in low-income countries. Common measures to combat the spread of the virus, while effective in saving lives, come with a necessary economic cost. Lockdowns, social distancing, supply chain shortages, and changes in consumer behavior in service industries requiring close contact all complicate efforts to jumpstart badly affected economies where vaccines remain scarce and residents struggle to afford the basics.

Vaccination programs continue to move slowly in poor countries as vaccine supply on the global market is bought up for booster shots. The willingness of high-income countries to divert more vaccine supply to the developing world through programs such as COVAX will likely be key to mitigating the impending lopsided global economic recovery that appears well underway.

These results are based on surveys of nationally representative, probability-based samples among the adult population, aged 15 and older. The surveys took place in 116 countries and areas in 2020 and early 2021.

In most countries/areas, surveys were conducted over mobile and landline telephones; some in-person interviews were conducted in Republic of the Congo, India, Mali, Pakistan and Senegal.

For results based on the total sample of national adults, the margin of sampling error ranges between ±1.1 and ±5.5 percentage points at the 95% confidence level. The margin of error reflects the influence of data weighting. In addition to sampling error, question wording and practical difficulties in conducting surveys can introduce error or bias into the findings of public opinion polls.

Lebanon on the Brink

Lebanon faces a severe economic crisis, with 76% of the country's population struggling to get by in 2020 and 45% saying they lacked money for food in the last 12 months. 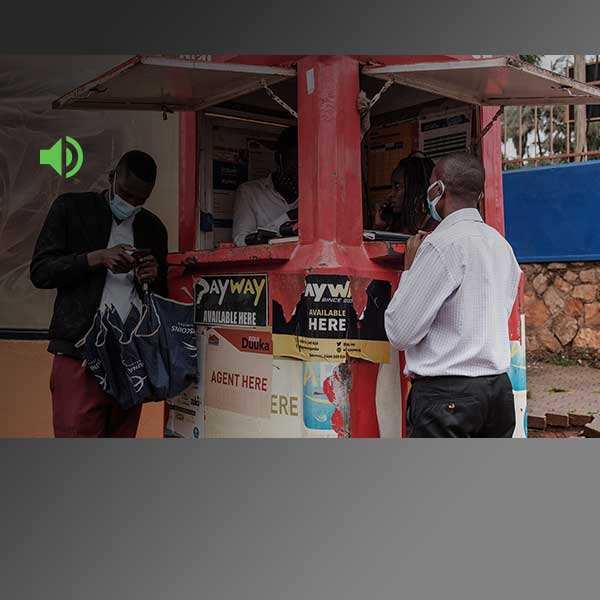 Gallup Gains Insights Into African Life During the Pandemic