skip to main content
In Depth: Topics A to Z
Supreme Court 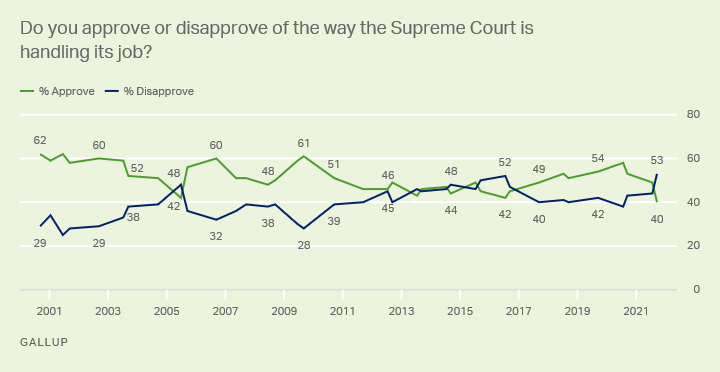 Line chart. 40% of Americans currently approve of the job the Supreme Court is doing, while 53% disapprove in the latest measure from September 2021. This is the lowest approval rating the Supreme Court has received since Gallup started measuring it in 2000.

Fifty-eight percent of Americans want the Senate to confirm judge Ketanji Brown Jackson to the U.S. Supreme Court, tied for the highest initial support for a nominee in Gallup's trends.