In an era of rising tuition costs and increasing student loan debt, researchers continue to try to assign a value to an advanced degree. Most assess value by total cost of attendance, starting salaries and lifetime earnings, but very few ask graduates the most important questions: Was their degree worth the cost, and if they had to do it all over again, would they still get that degree? To evaluate the value of a law degree in an increasingly competitive market, Access Group commissioned Gallup to ask law school graduates these exact questions.

Still, recent law school graduates are facing a competitive job market -- one that requires high-quality experiences at the graduate school level to prepare graduates for success in life after law school. Data collected during this study provide a blueprint for doing so. Law school graduates who experienced support in school and had a job or internship that allowed them to apply what they were learning in the classroom were 2.7 times more likely to be engaged at work and 2.1 times more likely to be thriving in all five elements of well-being. This competitive environment compels law schools to deliver unprecedented value to their students, given the high costs these students assume in pursuit of their degrees. Law schools that continue to assess the value they provide, as the seven participating law schools have, will serve as an example in higher education.

To read more about life after law school, read the full report.

Stephanie Marken is Executive Director of Education Research at Gallup. 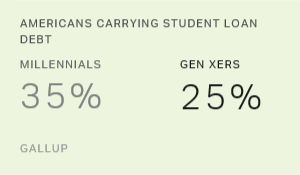 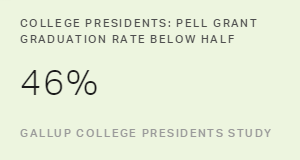