Throughout 2017, Gallup investigated the current state of higher education in the U.S. We listened to the perspectives of critical audiences ranging from chief business and academic officers at colleges and universities to education consumers themselves to Americans in general. As 2017 comes to a close, we can address two important questions from what we've learned through our research:

The financial future of higher education in the U.S. is uncertain.

There is waning confidence in the financial stability of colleges and universities in the near future. An Inside Higher Ed/Gallup survey found that 71% of chief business officers at colleges and universities say media reports suggesting higher education is in the midst of a financial crisis accurately reflect the general financial landscape of higher education in the U.S. This is up from 63% the prior year and 56% in 2015.

Concerns about higher education's financial stability could suggest that the dramatic increase in the cost of college -- up 400% since the early 1980s -- might have finally outpaced demand, especially because there has not been a corresponding increase in quality.

Even the reasons for low confidence split sharply along partisan lines. Republicans criticize institutions for what they perceive to be a liberal ideological bias, for pushing a political agenda and for stifling students' ability to think for themselves. Meanwhile, Democrats with low confidence in colleges cite inflated tuition costs, poor leadership, decreased quality and the difficulty graduates have finding jobs.

What Does This Mean for Institutions?

Amid the uncertainty about their financial future in an increasingly politically polarized climate, higher education institutions could face lower enrollment in the coming years. In fact, it's already happening -- the number of college students enrolled in the U.S. fell each year between 2011 and 2014, and most colleges failed to meet their revenue or enrollment goals for 2016.

As such, the current higher education model (which saw total undergraduate enrollment between 1970 and 2014 increase by more than 5.5 million students) may have peaked. Instead of a singular focus on increasing entry into college, perhaps -- as Brandon Busteed, Gallup's executive director of education and workforce development, has opined -- higher education will now increase focus on helping students successfully transition from college to the workforce.

What Can Institutions Do?

Higher education institutions can demonstrate their value to consumers by increasing their alignment with the workforce. To that end, an Inside Higher Ed/Gallup study found that 83% of university chief academic officers and provosts say their institution is focusing on helping students use their degrees to get good jobs.

Why should this matter to colleges and universities? Because graduates with work-integrated learning during college are more likely to value their degree after college. Among recent graduates, almost half (47%) of those who are in jobs completely related to their undergraduate studies strongly agree that their education was worth the cost, compared with 29% of those in jobs where the work is not at all related to their undergraduate studies.

Increasing students' exposure to work-integrated learning also broadens the information they can draw upon when choosing a field of study, ultimately leading them to make better-informed decisions. A Gallup/Strada Education Network study -- as part of the Education Consumer Pulse survey that included interviews with more than 180,000 U.S. adults about their education pathways -- found that college attendees rarely received advice about their field of study from work-based sources (20%) such as employers, coworkers and field experts. Instead, advice most commonly came from people's social networks (55%) -- friends, family members and other contacts such as community leaders.

Yet, college attendees rate work-based sources' advice about choosing a major as the most helpful. And those who received advice from such sources are least likely to say they would choose a different major if they had to do it over again. Thus, institutions that promote workforce experiences for their students -- like vocational coursework, summer jobs programs, internships, apprenticeships or other workplace learning opportunities -- help students make well-informed decisions that are connected to real-world experiences.

Rebranding liberal arts education may be another way to increase workforce alignment while also addressing negative perceptions about higher education more broadly. According to an Inside Higher Ed/Gallup study, fewer than one in 10 college admissions directors and senior enrollment managers believe prospective students understand the value of a liberal arts education.

Busteed says the issue lies in the negative connotations surrounding job prospects for liberal arts majors and the politically charged term "liberal," rather than in the actual substance of a liberal arts degree. Liberal arts education teaches skills that hold tremendous value in today's workplace, such as critical thinking, effective communication, collaboration and teamwork. Busteed recommends replacing the term "liberal arts" -- which fails to resonate in today's culture -- with terminology that focuses on the relevant 21st century skills such an education can provide.

What Gallup Hopes to Learn About Higher Ed in 2018

Gallup's research in 2018 will continue to focus on a number of key education issues. This research will build on the concerns Gallup addressed in 2017 -- including a fourth installment of the Gallup-Purdue Index survey of college graduates nationally, which will explore more closely the value of college internships and work-integrated learning. Moreover, Gallup and Strada Education Network have partnered to conduct a nationally representative study of currently enrolled college students. This study will focus on students' perceptions of their readiness for the workforce, campus climate issues and evaluations of student support services.

On the cusp of the new year, Gallup is poised to continue building an ever-growing research agenda that will help identify and address the most pressing issues facing higher education in the U.S. 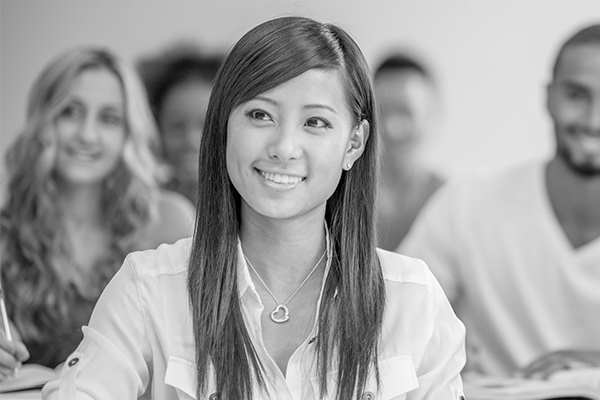 According to the latest Strada-Gallup report, 58% of U.S. adults choose to pursue higher education to get a good job. 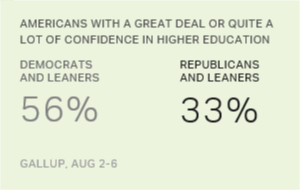 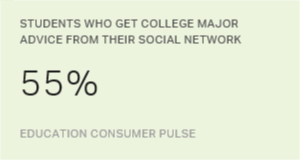