PRINCETON, NJ -- Gallup Daily tracking data reveal that Asian-Americans tend to be more Democratic and much less conservative than the general population in their political views.

These findings are based on aggregated data from Gallup's 2009 Daily tracking survey, including interviews with more than 4,000 Asian-Americans. For the purpose of analysis, respondents are categorized as Asian-Americans if they self-identify their race as Asian.

"Asian-Americans tend to be less religious than those in other racial or ethnic groups."

The U.S. Census Bureau estimates that Asians made up 4.5% of the U.S. population in 2008, and so, Asians rank as the fourth-largest racial or ethnic group behind whites, Hispanics, and blacks. Still, the number of Asian respondents in a typical public-opinion-poll sample is generally too small for analysis. However, the larger samples from aggregated Gallup Daily tracking provide an opportunity to examine the political dynamics of the Asian-American population.

Asians are distinct from the other racial and ethnic groups in their ideological orientation. Asians are the most likely to identify themselves as politically liberal and, in fact, are the only group that has a higher proportion of liberals than conservatives. Also, Asians are proportionately more likely than the other groups to be moderates.

Generally speaking, Americans who are less religious tend to be more Democratic and more liberal than Americans who are more religious, and Asians seem to follow this pattern. Comparatively, Asian-Americans tend to be less religious than those in other racial or ethnic groups. For example, just over half of Asians say religion is an important part of their daily lives, significantly lower than the percentage of whites, blacks, or Hispanics who say this.

The percentage of Asians who attend church on a weekly basis also is lower than for other U.S. racial or ethnic groups. A slim majority of Asian-Americans say they seldom or never attend religious services.

The religion-politics link is one possible explanation for Asians' more left-leaning political views. Another is the fact that the proportion of Asian-Americans tends to be higher in traditionally Democratic states, such as Hawaii, California, New York, New Jersey, Washington, Massachusetts, and Maryland.

In general, the larger group of Asian-Americans tend to be more Democratic and more liberal than average Americans. Exit-poll data from the 2008 presidential elections generally confirm this, with Asian-American voters having supported Barack Obama over John McCain by roughly a 2-to-1 margin.

Results are based on telephone interviews with 353,849 national adults, aged 18 and older, conducted Jan. 2-Dec. 30, 2009, as part of Gallup Daily tracking. For results based on the total sample of national adults, one can say with 95% confidence that the maximum margin of error is ±1 percentage point.

For results based on the sample of 4,625 Asian-Americans, the maximum margin of error is ±1 percentage point. 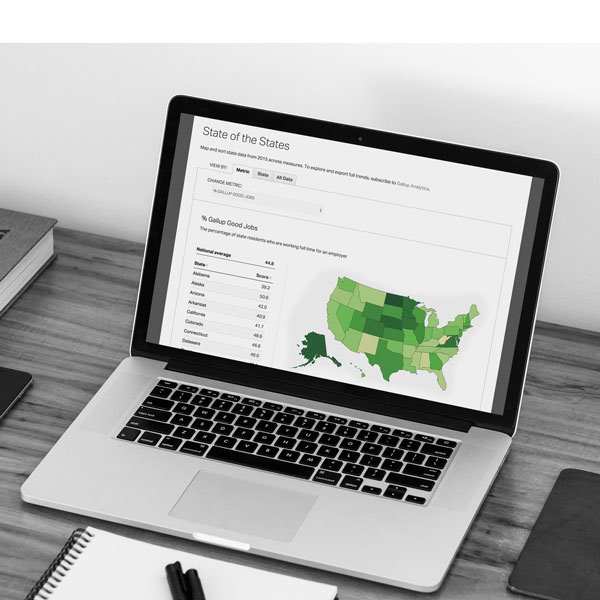