WASHINGTON, D.C. -- Russian President Vladimir Putin signed a law Tuesday that partially decriminalizes certain types of domestic violence, a step that many Russians may see as in the wrong direction. Majorities of Russians continue to view domestic violence as a serious problem in their country (58%) and say that their government is not doing enough to fight it (51%). Only 22% believe that the government is doing enough.

Russian lawmakers say they are giving the public what it wants with the law, which reduces the punishment for first offenses against family members that do not result in serious injury. But as far back as 2009, majorities of Russians have viewed domestic violence as a serious problem in their country and perceived government efforts to stop it as falling short. Although slightly fewer thought this when Gallup last asked the question in 2015, majorities still feel this way.

Women's and men's opinions do not differ by age. This suggests that domestic violence does not get a "pass" from any generation of Russians, despite the rising popularity of the "return to traditional values" that lawmakers say the new law is supposed to reflect. However, women in rural areas of Russia, which tend to be poorer and have higher incidence of alcoholism that is often linked to domestic violence, are more likely to say domestic violence is a problem (71%) than those in big cities or suburbs (60%). Men's opinions do not change regardless of where they live.

Both numbers are down slightly from 2009 but reflect the reality that Russia remains one of few countries without specific, separate laws regarding domestic violence, and attempts to pass such laws have failed over the past decade. Fewer than one in four men (24%) or women (20%) say the government is doing enough.

The recent law in question concerns first offenses of family battery, but in 2009, Gallup asked Russians about what should be done in a hypothetical situation in which a man regularly beats his wife and children and the woman reports the violence to the police. The majority of Russians (66%) say the man should be forcibly evicted from the apartment -- and just 5% say that the man should keep living in the home.

This majority includes women and men, but women are much stricter than men: 74% of Russian women say the man should be evicted, compared with 57% of Russian men.

Critics of the new law see this as a step backward for a country that still hasn't signed or ratified the Council of Europe Convention on preventing and combating violence against women and domestic violence that took effect in August 2014. Russians, who already think their government is not doing enough to fight domestic violence and see it as a serious problem, may also see this law in the same way.

Results are based on face-to-face interviews conducted July 7-Sept. 17, 2015, with a random sample of 2,000 adults, aged 15 and older, in Russia and April 2-June 14, 2009, with 1,025 adults. For results based on the total sample of national adults, the margin of sampling error is ±2.8 percentage points at the 95% confidence level. All reported margins of sampling error include computed design effects for weighting. 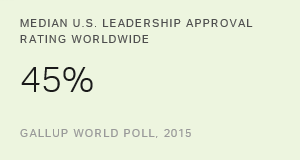 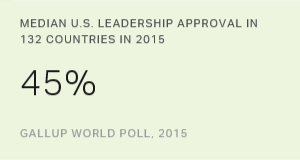