The Trump administration has rescinded an Obama-era policy that discouraged federal prosecutors from pursuing charges against marijuana users in states that have legalized the drug. This policy change comes as California began permitting the sale of recreational marijuana on Jan. 1, and could put the legalization movement in jeopardy. While the Trump administration appears committed to cracking down on states that have legalized marijuana, this would be out of sync with public opinion. This potential crackdown also could put at risk the future of the commercial marijuana industry, which was projected to exceed $20 billion by 2021. 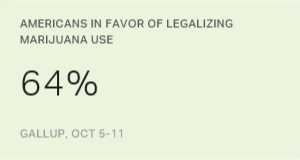