WASHINGTON, D.C. -- Americans continue to recognize a robust U.S. job market, with 65% saying that it is a good time to find a "quality job," similar to 67% in May. These are the highest readings in Gallup's 17-year history of tracking this measure of Americans' views of the employment situation. Background: The U.S. unemployment rate edged down to 3.8% in May, the lowest in 18 years, with total nonfarm payroll jobs increasing by 223,000 last month. Separately, Gallup has been finding many fewer Americans mentioning aspects of the economy as the nation's top problem than has been the case historically. A slight majority of Americans interviewed in a June 1-13 poll, 56%, say the economy is getting better, as high as that measure has been since 2004.

Optimism about the ability to find a quality job rose after Donald Trump took office and, with one exception, has been above 60% every month since September 2017. Views of the job market began to improve after reaching their all-time low of 8% in 2009 and again in 2011, after the Great Recession and amid the financial meltdown and high unemployment. The highest reading before the recession -- since Gallup began tracking the measure in 2001 -- was 48% in January 2007.

Views of the job market, like views of the economy in general, are tied to underlying partisanship. Eighty-five percent of Republicans and Republican-leaning independents now say it is a good time to find a quality job, contrasted with 50% of Democrats and Democratic-leaning independents. During the Barack Obama years, Democrats were more optimistic about the job market than Republicans were -- while during the George W. Bush years, Republicans were more positive than Democrats.

Americans are more optimistic about finding any job than they are about finding a "quality job." This month's survey contained an experiment in which half the sample was asked Gallup's usual trend question about the climate for finding a "quality job," while the other half was asked about it being a good time to find a "job" (removing the modifying word "quality"). Positive responses to the question asking about a "job" climb to 75%, compared with 65% for "quality job."

Takeaway: Americans remain quite positive about the job market in general, mirroring upbeat official government reports on employment. May and June measures on Gallup's "quality job" trend remain higher than any month since 2001 -- although even with this relatively positive outlook, about a third of Americans still say it is not a good time to find a quality job. Democrats appear to be more sensitive than Republicans to the distinction between finding a job in general and finding a quality job, being less sanguine about the latter, but in either instance Democrats remain less positive than Republicans about the job market.

Results for this Gallup poll are based on telephone interviews conducted June 1-13, 2018, with a random sample of 1,520 adults, aged 18 and older, living in all 50 U.S. states and the District of Columbia. For results based on the total sample of national adults, the margin of sampling error is ±3 percentage points at the 95% confidence level. Results for the wording experiments are based on two samples of approximately 760 national adults each, with a margin of sampling error of ±4 percentage points. 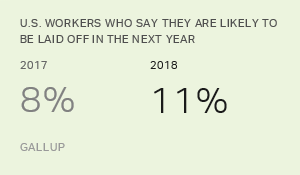 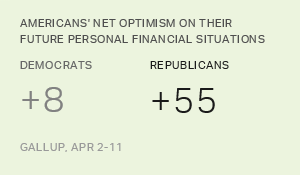 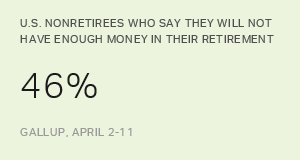