As is the case with many measures Gallup tracks, Americans' partisanship -- in relationship to the party controlling the White House -- affects how they view the healthcare industry. Since the beginning of George W. Bush's term in office, in 2001, members of the same political party as the incumbent president have tended to hold the industry in higher regard, reflecting both the healthcare-related policies enacted by each administration and the general tendency for partisans to be more positive when the president is from their party.

Republicans had more positive views of the industry than Democrats under both of President Bush's terms, and Democrats' views bottomed out during Bush's second term, as he cut spending to Medicaid and Medicare.

Democrats become much more positive in their views of the industry during Obama's presidency, with positivity hitting a high of 44% as key parts of the Affordable Care Act began to be implemented. The law's passage and implementation had the opposite effect on Republicans, whose views of the healthcare industry sunk to a low of 30% in Obama's second term.

Now, during the first two years of the Trump administration, Democrats' image of the healthcare industry has dropped, Republicans' views have become more positive, and the two partisan groups are at rough parity. Most Americans Have a Negative View of the Pharmaceutical Industry

Though Americans were about equally likely to express positive and negative views when Gallup first polled on the industry in 2001, Americans have been more likely to give negative than positive views in most polls since. Negative views of pharmaceuticals decreased somewhat over the course of the debate, passage and implementation of the ACA, but have increased markedly since 2014. Some of these negative sentiments may be related to increases in drug prices. A congressional report earlier this year found that 20 of the most commonly prescribed medications for senior citizens had risen nearly 10 times more than the annual inflation rate in the past half-decade. These price hikes have garnered bad press, which has dogged the industry in recent years. A 5,000% price increase on a drug for AIDS patients in 2016 sparked an outrage, as did more recent comments made by a pharmaceutical executive on the "moral requirements" of hiking the price of an antibiotic by 400%.

In the latest poll, only the federal government is held in lower regard than the pharmaceutical industry among the 25 industries Gallup tested.

Notably, in most polls since 2012, Democrats and Republicans have differed little, if at all, in their views of the pharmaceutical industry -- before that, Republicans generally held the industry in higher regard than Democrats did.

The healthcare policies an incumbent president sets clearly influences how the industry is viewed by Republicans and by Democrats. The latter group's view of the industry brightened after the passage of the ACA under Obama, while Republicans' views of the healthcare system took a hit. The reverse has happened under Trump, who has taken steps to attempt to dismantle the law.

Although each partisan group's views have shifted when a new president takes office, their views on the pharmaceutical industry have been similarly negative in recent years. Americans now are more negative about "Big Pharma" than they have been in most of Gallup's polling on the industry.

Trump has taken a vested interest in controlling drug prices, even calling out companies by name on Twitter for raising prices as his administration works to make key changes in an effort to overhaul the current pricing system. Though the administration's success in this effort is uncertain, pharmaceutical companies have in some ways been responsive to Trump's shaming tactic. If the administration's actions result in lower prices, Americans may become less negative about the pharmaceutical industry in the future. 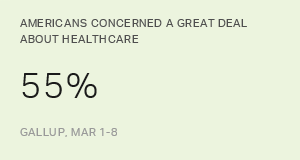 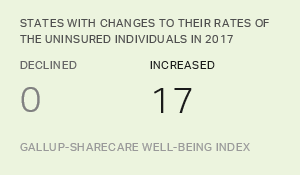 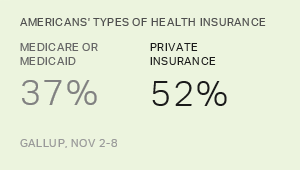