skip to main content
The Short Answer
How Many Americans Believe in God?

Editor's Note: This article was updated on June 24, 2022, with Gallup's latest data on Americans' belief in God.

WASHINGTON, D.C. -- The answer to how many Americans believe in God depends on how the question is asked. Gallup has measured U.S. adults' belief in God three different ways in recent years, with varying results. And those variations have persisted, even as belief on all three has trended downward since the early 2000s. 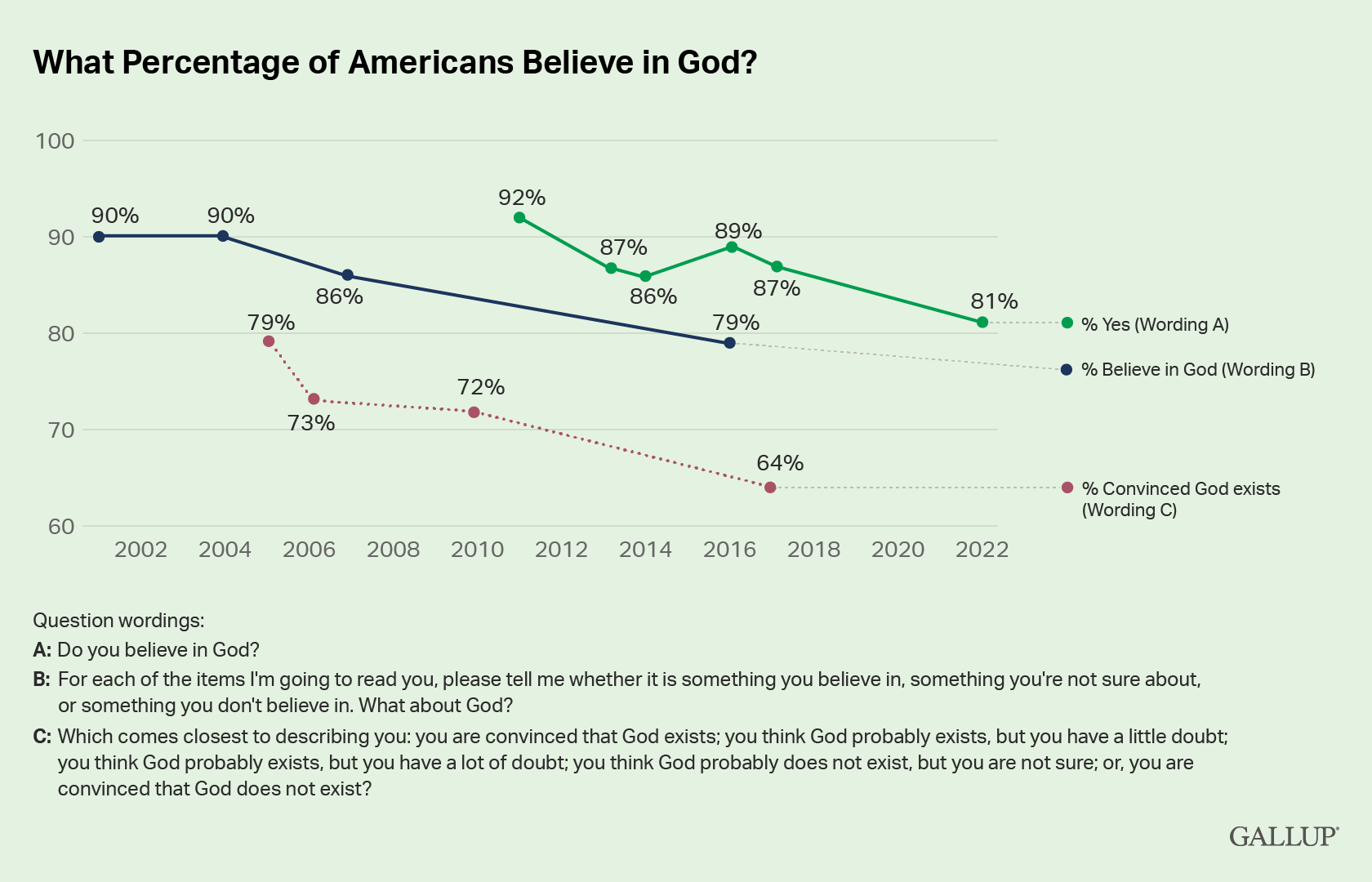 Other Gallup questions asked most recently in 2016 and 2017 offered more response options than a simple "yes" or "no," and found a lower percentage -- 10 to 25 points lower -- expressing a belief in God.

Belief in God using the more complex response options (wordings B and C in the chart) would likely be lower today than when each was last asked in 2016 or 2017, mirroring the decline seen in 2022, when the more basic question (wording A) was updated. Still, the trends are recent enough that a majority of Americans likely remain believers today, regardless of whether the standard is absolute certainty or a propensity to believe.

Gallup measures Americans' views on God and religion as part of its Values & Beliefs poll -- one of 12 surveys that make up the Gallup Poll Social Series.

Gallup's full trends on religion are available on the Religion "Topics A to Z" page.

Explore Gallup articles about God and other religion-related topics on the "Religion" topics page.