Twitter faced a scourge of poor publicity this past November after the only black engineer in a leadership position at the company, Leslie Miley, left the company and publicly announced that his departure was the result of diversity issues. Miley said he was frustrated with the almost entirely white workforce at Twitter and what he perceived to be resistance toward becoming a more diverse company. On the other hand, Intel, another Silicon Valley giant, set a goal last year that 40% of its new hires would be women and underrepresented minorities, such as blacks, Hispanics and Native Americans. And Intel is challenging other companies to follow suit. While some technology companies are working hard to create more diverse workforces, others are failing.

But, solving the issue of diversity doesn't guarantee an inclusive culture. Diversity is about whom you hire, but inclusiveness is about a work environment of trust and involvement. Gallup has found that the employee engagement elements most strongly linked to perceptions of inclusiveness are someone "seems to care about me as a person" and "my opinions seem to count." Hiring practices aside, an organization might try to work toward diversity from a numbers perspective but still not have an environment that turns diversity into a competitive advantage. However, Gallup research suggests diversity can be a competitive advantage for organizations that build the right environment.

A Gallup study published in the Journal of Leadership & Organizational Studies analyzed the effects of manager-employee race differences on intentions of study respondents to stay or leave their current employer. Intentions to leave an organization were somewhat higher when the employee and manager were of different races; compounding this result was being actively disengaged at work. However, when managers and employees were of different races and worked in an engaging workplace, their intentions to stay were highest, even higher than managers and employees of the same race in an engaging work environment.

Engagement and inclusiveness are closely related. Gallup has also found that engaged employees are more likely to say their company values diverse ideas. Furthermore, engagement is also linked to how an employee feels his or her employer would respond to discrimination concerns. When asked to rate a statement about raising a concern about discrimination and having confidence in the employer to do what is right, 50% of engaged employees gave their employer a "5" rating, indicating they were highly confident. On the other hand, just 3% of actively disengaged employees rated their company a "5" on the same item.

One practical strategy for improving the inclusiveness of a group is to adopt a strengths-based approach to employee development. Innate talents vary considerably within any demographic grouping. Strengths-based development entails identifying each person's natural talents and combining these with the skills and learning to put him or her in a position to do what he or she does best -- develop his or her strengths.

In one such investigation, Gallup studied the relationship between using a strengths-based approach to development and changes in inclusiveness for teams in an industrial organization. Teams with a higher proportion of individuals who gained awareness of their strengths realized substantially higher improvement in perceived inclusiveness. A strengths-based approach shines the light on the differences in talent among people, which vary considerably within race or gender groupings. Those surveyed responded that learning about their strengths helped them feel a sense of belonging with their team and emphasized their unique role on the team.

A strengths-based approach could be especially important to diverse workforces. These workforces could have minority employees who otherwise feel ostracized or faced with "us vs. them" or "in-group/out-group" mentalities. But a focus on strengths works to break down these barriers and emphasizes everyone's valuable contributions to the group. 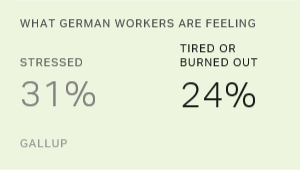