Men, Married, Southerners Most Likely to Be Gun Owners

Gallup Update on NRA From June 2018

For full trends on gun ownership and all major Gallup trends on guns and gun control, visit Gallup's trend page for guns: 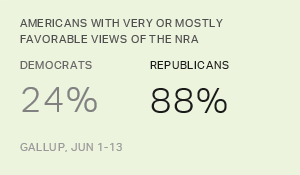