As voting begins in the 2016 presidential primary, suddenly Bernie Sanders, once castigated as a long-shot bid for the Democratic nomination, has the edge over Hillary Clinton in net favorability among U.S. adults who identify or lean Democratic. For the two-week rolling average spanning Jan. 18-31, Sanders has a net favorable score of +53 -- tied for his highest reading since Gallup began tracking candidates' images in early July of last year. Clinton, long the leader in the popularity metric, has a score of +49. 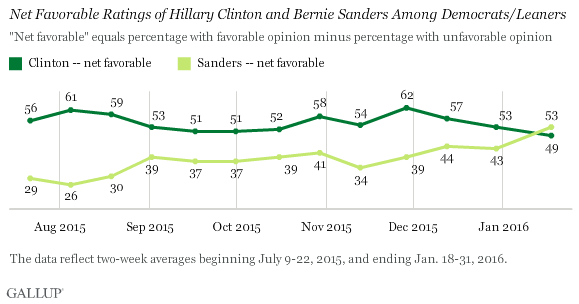 When Gallup began tracking favorable scores of the presidential field in early July, Clinton had a decided advantage over Sanders. Democrats were overwhelmingly positive about the former secretary of state and long-time political figure, as her +56 net favorable score demonstrated. Sanders, by contrast, held a net favorable of +29 in early July and, just as crucially, a majority of Democrats (52%) either did not know him or had no opinion about him. Virtually all Democratic adults, on the other hand, knew Clinton.

Clinton does still maintain the upper hand in overall familiarity with Democrats. For the most recent two-week rolling average ending Jan. 31, 93% of Democratic adults know Clinton well enough to have an opinion about her, while 75% of Democrats know Sanders. But Sanders' name recognition has improved by 26 percentage points over the course of the campaign, and the vast majority of those who have learned about Sanders view him favorably.

For the broad Jan. 1-31 time period, Democratic men, young Democrats aged 18 to 29 and whites like Sanders better than they do Clinton. Clinton has an advantage most notably with black Democrats, but also with women, Democrats aged 65 and older as well as Hispanics.

Whether Sanders can translate this newfound popularity advantage over Clinton into a series of primary victories remains to be seen, with the first case occurring tonight in Iowa. But even if Clinton can muster out a victory tonight and beyond, she will, for the benefit of her general election run, want to find ways to arrest her sagging favorability scores with Democrats and national adults.

Iowa does not mark the end of the primary campaign, but it is, at least, the first benchmark in what could be a long primary season. Sanders finds himself arriving at this first marker in fine fashion: His popularity is on the upswing, and he is no longer an anonymous figure to most Democrats. Clinton's campaign is, instead, limping into the first contest, making for an inauspicious beginning for a candidate who once seemed a sure-lock for the Democratic nomination. 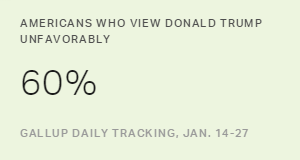 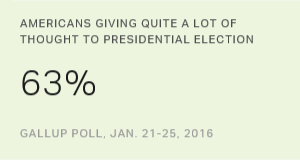