The regulation of gun ownership remains a contentious issue in U.S. politics. We at Gallup have recently published a series of articles detailing the American public's views on a number of issues related to gun control, underscoring the complexity of these attitudes.

Elected officials reviewing public opinion will find, in general, that a majority of Americans support the concept of stricter gun control, but that support varies widely depending on the specifics. Support is high for universal background checks, mandatory gun registration and a 30-day waiting period for all gun sales -- but much lower for bans on specific types of guns. Only a minority of voters care deeply enough about gun laws that it would be totally determinative of their vote for a political candidate. For opponents of stricter regulation, the argument that new gun laws might not have the intended effect of lowering the incidence of mass shootings is an apparently potent obstacle to passing new laws. Overall, the data suggest that elected officials considering legislation to revise existing gun laws or create new, stricter laws will meet with a generally positive response from the American public, taken as a whole. Support will be particularly high for new regulations on gun sales and for the close monitoring of their possession, rather than for the outright ban of certain types of guns. The need for stricter gun laws, however, is not considered one of the most important problems facing the nation, and the significant majority of Americans do not view a candidate's position on the issue as the sole determinant of their vote. A critical discussion point is the public's view of how effective new gun laws would be in preventing mass shootings in the future. 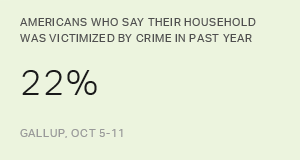 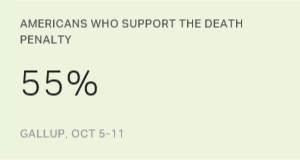 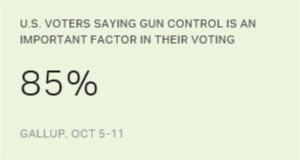