skip to main content
Economy
Half of U.S. Small Businesses Think Health Law Bad for Them

PRINCETON, NJ -- Forty-eight percent of U.S. small-business owners say the 2010 Affordable Care Act (ACA) is going to be bad for their business, compared with 9% who say it is going to be good, and 39% who expect no impact.

These findings are from a Gallup survey of 603 small-business owners, conducted April 1-5.

When asked if they had taken any of five specific actions in response to the ACA, 41% of small-business owners say they have held off on hiring new employees and 38% have pulled back on plans to grow their business. One in five (19%) have reduced their number of employees and essentially the same number (18%) have cut employee hours in response to the healthcare law. One in four owners (24%) have thought about eliminating healthcare coverage for their employees.

Small-business owners are worried about the way the Affordable Care Act is going to affect their business, with about half believing the law is going to be bad for business, add to their healthcare costs, and simultaneously reduce the quality of care they and their employees receive. This overall impression of the ACA is consistent with owners' tendency to be more Republican than Democratic, higher income, more against big government, more conservative, and less optimistic than Americans overall.

However, more important for the U.S. economy in the short term is what small-business owners say they are already doing in anticipation of the new law's continuing implementation. About four in 10 say they are holding off on hiring and new growth plans. About one in five say they are letting people go or cutting employees' hours. Even after discounting small-business owners' political views, these actions suggest the ACA could be a significant drag on the U.S. economy -- at least in the short term.

Sampling is done on a random-digit-dial basis using Dun & Bradstreet sampling of small businesses having $20 million or less of sales or revenues. The data are weighted to be representative of U.S. small businesses within this size range nationwide. 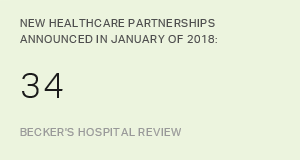